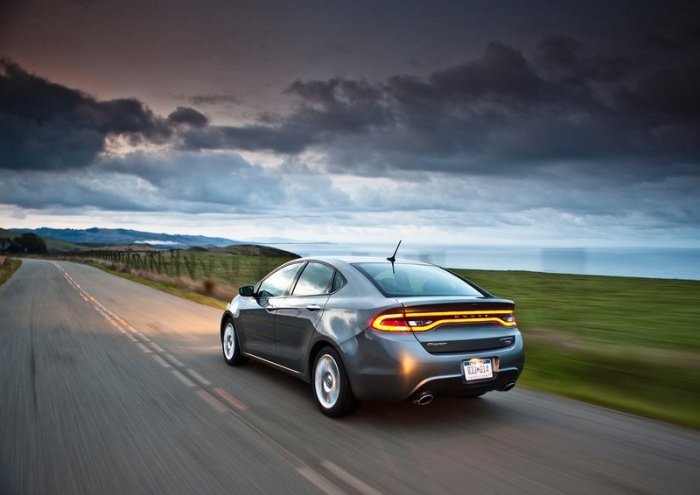 Good news for Chrysler and American car market. August was again a good month for Chrysler Group sales figures which went up 14% thanks to great results of Chrysler brand. However Chrysler’s results are not as good as total markets’. American car market was up 20% and confirms the good trend it has had in the last months. According to some analysts the good result was led by Honda, VW Group and Toyota, followed by double-digit sales gains by GM, Ford and Chrysler. One year ago the seasonally adjusted sales was 12.5 million units (August 2010 – August 2011) and this year it was 14.53 million (August 2011 – August 2012). Year-to-date numbers indicate that the market has grown 14.7%, which could be considered the best growth among developed countries. There is no doubt that American car market is recovering from the dark years it had during the financial crisis, the opposite of what is happening in Europe nowadays.

In that great context Chrysler Group plus Fiat occupies fourth place in the ranking of cars sold. In August the whole group sold 148.472 units, up 14%, or 18.300 more cars than one year ago. That result is better than the whole year’s average of 138.579 and is the third best of the year in terms of units. However as it was said before the good result of Chrysler was exceeded by total market’s, so in terms of growth August was the second worst after July when Chrysler Group sales figure were up only 12.6%. That growth is practically the same Dodge/Ram brands had together and is more than Jeep’s which was up only 5.5%. In the other hand Chrysler brand was up 24.8% and Fiat sold a new record of 4.150 units, up 33.6%. Dodge/Ram represents half of total sales. Compared to other car makers, Chrysler did worse than Honda  division (+60%), Toyota (+46%) and VW Group (+48%), but better than Ford (+13%) and GM (+10%). 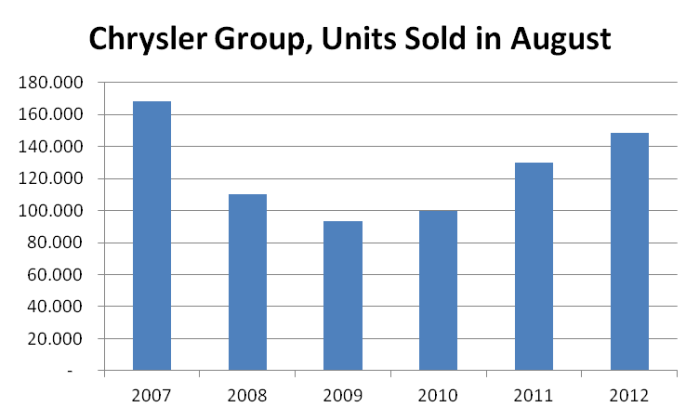 Though there is a good result in August 2012, sales figures are still far from pre-crisis numbers. Source: http://www.carsitaly.net

The Ram is up 19% while the Caravan had a great performance, up 35%. Among Dodge models the new Dart took off with more than 3 thousand units, which is far from the target but is a result that Marchionne liked. The Journey had the best performance, up a massive 58%. The Chrysler 200 slowed down but the 300 grew up 65%. The Jeep Grand Cherokee seems to reach its top with almost 13.000 units sold. Now Chrysler needs more fresh products and new midsize SUV if it wants to keep its good performance.

3 thoughts on “Chrysler grows less than American market in August”