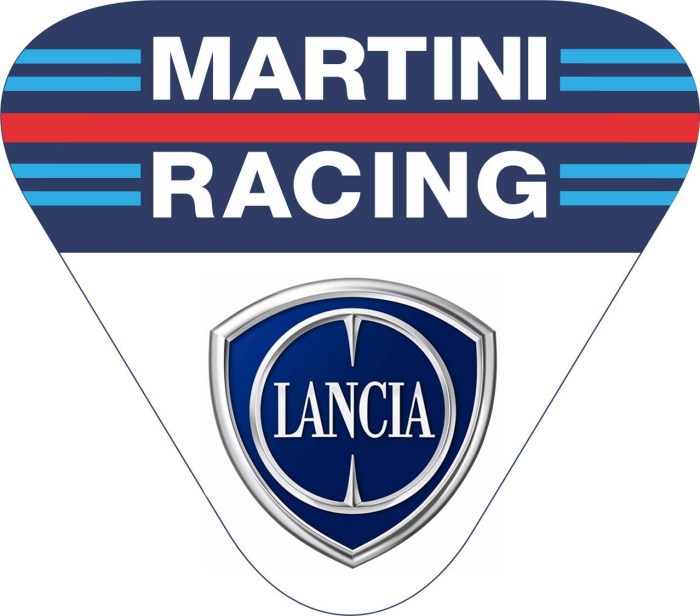 As European car industry faces its worst time ever, and Fiat is part of it, more than reading bad news I think we should all think of possible solutions no matter the impact they can have. Of course these are just ideas that come to my mind every time I read statements such as Marchionne’s latest one in which he said the worst has not come yet. In a scenario like that all car makers must be thinking of what to do now in order to survive. Last time I talked about a possible alliance with all European car makers having problems, and now it is time to think more local. Fiat-Chrysler Group is a big player in world car industry and therefore it is composed by several brands that in some cases are extremely popular and exclusive like Ferrari and Maserati, some are well-recognized such as Jeep, or some are a headache in terms of sales figures but have a big potential like Alfa Romeo and Lancia. And when things do not work as it was thought it is time to work with those troubled ones so their potential becomes a reality. It is why Marchionne insists on not selling Alfa Romeo to VW or prepares a common future for Lancia and Chrysler brands. This time Lancia is the chosen one to propose new things to do, taking into account its glorious past and dark present. 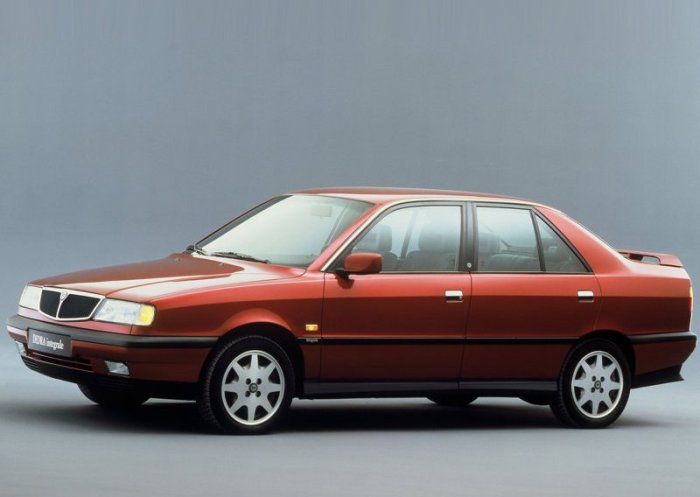 In the last 20 years Lancia has become a marginal player in the automotive industry. During the 90’s the brand sold around 200.000 cars per year in Europe with a big offer composed by B, C, D, E and MPV segments. They even sold in Great Britain and was a referent of luxury and good taste in Italy. It all happened when all of those models, Y10 and first generation Ypsilon, second generation Delta, Dedra, Thema and some others, began to have quality problems. The first market to say good-bye was the UK in mid 90’s and then things got worse for Lancia. Since 1998, when they sold 175.215 cars, its total car sales figures began to fall. In the year 2000 Lancia sold 170.348 cars, 108.000 in 2002, 118.000 in 2004 thanks to second generation Ypsilon and Musa. In 2006 Lancia sold 122.000 units. Last year 134.812 Lancia were sold in Europe*. It all means that long-term trend is falling from 200.000 to 110-130.000 cars during the best years for car sales in Europe (2005 to 2007). It is also worrying from the point of view of short-term future, because Europe is heading into its worst crisis and it seems it will last for at least 2 more years. The strategy has been to share models with Chrysler to update the offer with no investment (for D, E and MPV segment) and update the best-seller Ypsilon, while all bad conditions are gone. But is it enough? Lancia may be selling more in 2012 than in 2011, which is good nowadays. But it is still a marginal brand with no recognition and it depends a lot on Italian market. Certainly something must be done, and soon. 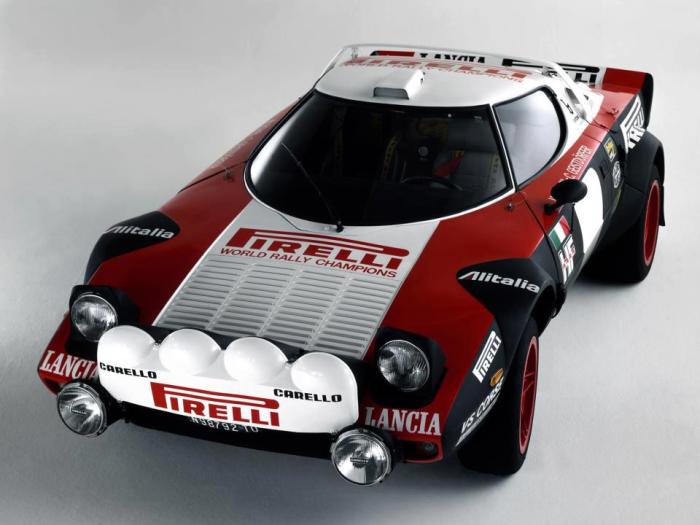 The problems around Lancia are well-known by everybody. As so as its glorious past, which can be considered as one of the most exciting ones. Most people remember Lancia as the brand of rallyes, of sporty cars with a fancy touch. Not only Italians love ancient Lancia. The success of the Delta Integrale, the Stratos or the elegance of the Flaminia Sport Zagato, are just few examples of what people had in mind when they heard about Lancia. The company was known for its success in rallyes and the ability of mixing sportiness with elegance. Even though it was not the best-selling car brand in Europe, it had something it does not have right now: personality. There were even ‘Lancistas’ or big fans of the brand as it was always wining championships and was a referent when talking about good taste and power. Of course by that time Europe was not the open market it is now, and several car makers could survive just with their local sales as tax protection was the rule all over the continent. Lancia was not big but was well-recognized outside Italy. It was a small but efficient car maker. A reality that allowed Fiat to purchase it when being safe in just one market was not the rule anymore. Fiat required less competition inside Italy to gain more market share and have a better position in the coming open Europe. Lancia was saved from bankruptcy and its first years under Fiat empire were more or less as before: efficient cars to compete in the rallyes. The Delta Integrale is an example of that period. The rest of the story is a public topic.

Currently Lancia looks to positionate itself as the ‘Chic’ car brand. Photo by Lancia

But a brand can’t live from its past. It is important to know it, but is not enough to deal with the future. Every company needs to evolve every day always keeping in mind some values that are irrevocable. Lancia had no future building sporty cars with those sales figures. Now is part of Fiat-Chrysler group and has become a global brand thanks to the marriage with Chrysler brand, present in North America. Both brands are called to share models and the development of them in order to create one single company with two names for two markets. As it operates in Europe, Lancia sells its Ypsilon, Musa, Delta, Flavia, Thema and Voyager in most European markets with very few sales registrations. Though the new Ypsilon and Voyager are having good results in Germany, France or Greece, their numbers are really far away from becoming important. Lancia does not add but is becoming a problem for Fiat. In Italy the Ypsilon is among best-selling cars but the Delta does not play the important role it used to, and the Musa gets ready for dying without any clear successor. The first thing Lancia must do is to recover a personality. The brand must be known for something good. It may not be the best-selling car maker but at least Europeans should know more about it. So, what to do?

Lancia current range. Half of it is American made while the Ypsilon is built in Poland. The Delta and Musa are produced in Italy

Lancia should develop 2 sub-brands: the regular one, already known but redirected in order to gain more market share. And a second one: a sporty line in which all those glory products of the past would find a descendant in the present. The idea would be to do what Citroen does with its DS line but based in Lancia’s most famous value: the sportiness of its championship cars. If there are few new Lancia buyers but a lot of old-Lancia fans, why not to create a special line not only for those thinking of the glorious past but also to create a corporate image and a personality for the brand? yes, Lancia is not the sporty brand of the group. It is Alfa Romeo’s duty. But Lancia can become the brand that can take Fiat models (in B and C segments) and upgrade them with luxury interiors and much better quality, while it takes Chrysler models for upper segments (D and E), all of them extremely competitive in terms of price, quality and technology; and at the same time Lancia can offer B, C and D segment cars based on the regular ones but with the most extreme technical features and identified as the lightest and most dynamic passenger cars in the market. In other words, Lancia should do this: 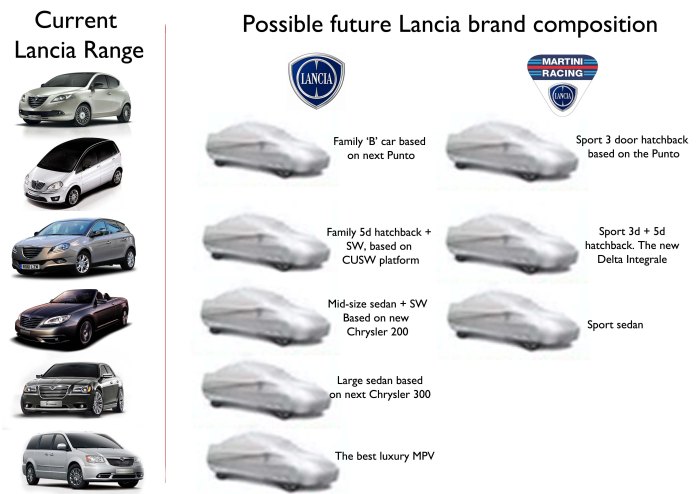 A possible future scenario for Lancia brand in order to increase its sales figures in Europe, make use of Chrysler alliance and generate a brand image around the best value from its past.

In only one brand there would be two different worlds, both sharing the principles of elegance and performance. One line would be the option for those customers looking for elegance, roominess and performance, while the other one would be the option for those looking for hard-driving with extreme sensations based on elegance and performance. At this point it is important to mention the role of Alfa Romeo and Abarth. If there are sporty Lancias, then there would be a problem with its cousins from Alfa and Abarth. But that’s where the Italian soul would play its role. Italy is well-known for producing the best sporty cars, and is not only a matter of Ferrari. Alfa Romeo, old Lancia, Abarth, Maserati and Ferrari are all recognized as high performance and sporty brands. Of course one thing is what their image is and another thing is what the reality is. Alfa Romeo stopped producing high performance cars but Marchionne’s plans for it are to produce the 4C and much more high-speed cars. If Lancia is there with its sporty line, Alfa Romeo should not worry about it. The positioning of both brands would be different: Alfa Romeo should become the Italian driving machine (easy and high performance driving), while the fast Lancia should be positioned as the rough driving machine that you can use where ever. Abarth would continue producing the small and fastest cars, so at the end Fiat would have a wide range of sporty cars, that are still recognized in Europe for their good characteristics. Would that solve the problem of volume for Lancia? maybe at the beginning would be hard to position a Lancia as a sporty car, but at the end all those looking for a real sporty car could find an answer in Lancia and therefore sales figures could become relevant. 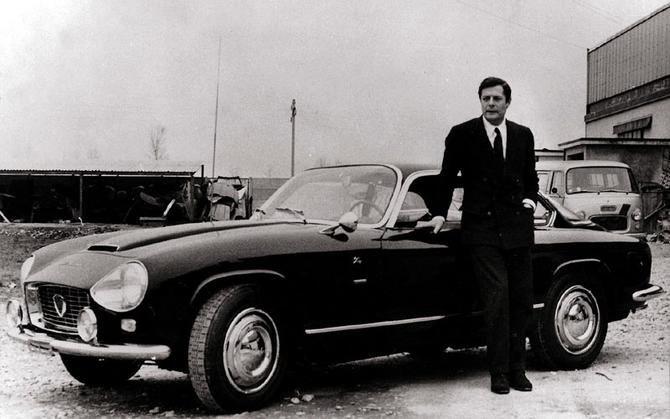 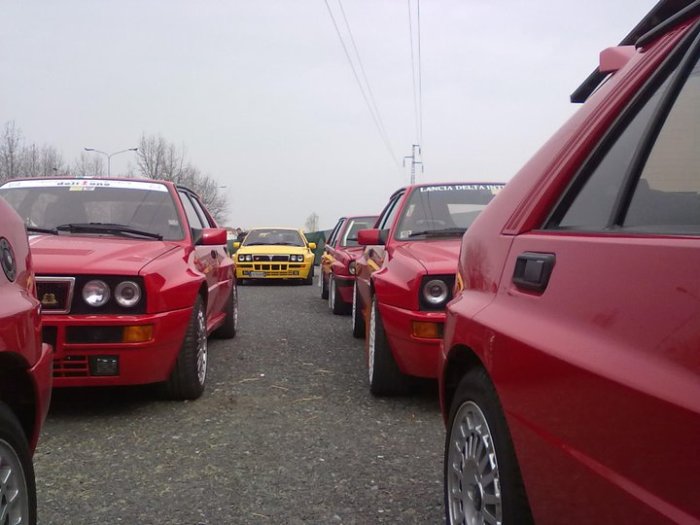 21 thoughts on “More possible solutions: the resurrection of Lancia”