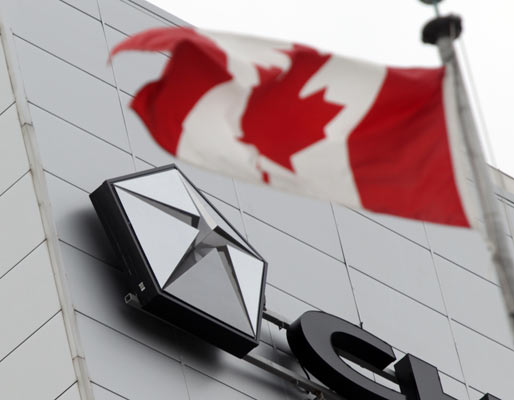 October 2012 wasn’t the best month for Chrysler in Canada. Though they got positive results and total sales are up 3%, it was not enough to compensate the rise of total market. Chrysler plus Fiat brand sold 17.504 units, just 455 units more than previous October, while total market was up 8%. That’s why Chrysler got its lowest market share so far this year: 12.9%. The reason for this result is pretty similar to what happened in USA in the same period. The two best-selling brands of the group increased their sales registration but those were negatively affected by the fall of the other two. Dodge (that counted for 39% of the total) is up 11%, while Ram delivered 5.751 of its cars, up 5% (the Ram is the best-selling car of the group in Canada and occupies place number 2 in Canadian ranking). It means that only Dodge gained market share, thanks partly to the good performance of Grand Caravan (by far the best-selling MPV in the country), up 13%, the Journey (+11%) and more units of the new Dart, which is now Dodge’s third best-selling car over there. The other two brands, didn’t do like that. Jeep was down 10% (or 344 units), and Chrysler fell a worrying 14% (or 205 units). The Wrangler did again quite well (+22%) but the Grand Cherokee slowed down (+3%), the couple Compass-Patriot fell (-10% and -32%), while the Liberty disappeared from sales figures with only 10 units registered. Chrysler’s result is a direct consequence of the extreme fall of 300 model, down 59%, and Town & Country (yes, is the same model of the popular Grand Caravan). Fiat sold 474 units of its 500 model, which is not good at all, well it is the worst second result so far this year and the fourth consecutive month of fall.

Compared to rivals, Chrysler Group occupied place number 3, but Hyundai and Toyota are really close (369 and 403 units behind). From the 3 of Detroit, they all increased their sales below total market’s, but Ford was the leader in units delivered and growth, while GM fell 5%. VW Group was the best performer of the month. By brands, Toyota, Honda, Kia and VW did better than Dodge (talking about sales growth). In SUV, Jeep fell 10% but its rival from GM, GMC, fell 22%. By models, the Ram’s growth was overcome by F-150’s. Once again Chrysler is the absolute leader of MPV segment. ‘C’ segments models (Chrysler 200 and Dodge Dart) are still far away from the leaders. And the 500 keeps delivering more units but not as in the first half of this year, and seems to resist the arrival of the Chevrolet Spark. As a conclusion, Chrysler needs to upgrade its mid-sized SUV offer, keep its leadership in MPV segment, and boost the sales of the ‘C’ segment sedans, which are really popular in Canada. The arrival of Chrysler 100 should help.