It’s been a longtime since I have said that Fiat should think of developing a nice and wide luxury offer for Brazilian market. Brazil is not only the world’s fourth largest market but it will be soon one of the most dynamics in terms of larger cars. Currently most of the cars sold over there correspond to small and city cars, but Brazilians want more and they are now looking for more expensive and better-quality cars. Last year about 59% of cars sold in Brazil were A and B segment, while those belonging to D, E and F segments counted for only 1.4%. That’s nothing compared to top 3 markets and shows the big potential for premium segments. Though imported luxury car sales have dropped this year the truth is that upper segments will count for a big part of Brazilian car market growth in the next years. Normally this kind of cars pay a lot of duty taxes making them unaffordable for everybody. However next thing buyers want when the market and the economy are developing is to buy larger and more expensive cars or SUV. It will also happen in India and Russia, and is now a fact in China. The segment to be in clear expansion is the small SUV one. After the success of the Ford Ecosport, then Renault presented its also popular Duster. But soon will arrive the VW Taigun and in 2013 Fiat is expected to show its new mini SUV for this market (on process at Centro Stile Turin). However these SUV make part of small segment (B-SUV) but as far as the economy continues to grow and more and more Brazilians become part of high middle-class, they will want to change their current Gol and Palios for larger and better cars.

Big cars are still rare to see in the streets of Brazil. However it is expected to be one of the fastest growing segments in the next years. In 2012 the sales of this kind of cars have been affected by IPI taxes. Fiat’s offer in C Segment is not really popular while the new Chrysler 300 has had interesting results since its introduction in February 2012. Source: Fiat Group’s World data basis, FENABRAVE

BMW was the first premium brand to announce it will produce locally. Audi is still thinking where to produce (Mexico or Brazil), while Mercedes has already a plant in Brazil where it only produces commercial vehicles. Fiat, which is Brazil’s largest car maker has a plenty of premium brands but no offer in Brazil. The only premium product they sell there is the Chrysler 300, selling around 26 units/month (this year they have sold 285 units till November). In the past Fiat tried to sell its Italian Alfa Romeo using its Fiat dealerships, but they failed when the buyers began to have problems with service. Alfa left the market but now, according to Autoesporte magazine from Brazil, it may return shortly. They informed that 2 Alfa Romeo (one MiTo and one Giulietta) are currently being nationalized in Brazilian customs as part of Fiat plans of selling back its brand in this market. The difference now would be the way they will do it: the Alfas will not be sold under Fiat dealerships but using Chrysler infrastructure. Chrysler and its brands, Jeep, Dodge and Chrysler, have experienced a big rise in their sales figures this year. November YTD numbers indicate that the 3 brands sold 6.447 units, up 54%. Chrysler brand has sold 244% more than previous year thanks to its 300 and the Town & Country (+91%). Fiat wants to expand the success of this expensive products adding Alfa Romeo models, which would be offered with really high prices as they would be imported and not locally produced. And that’s the point to be analyzed carefully. 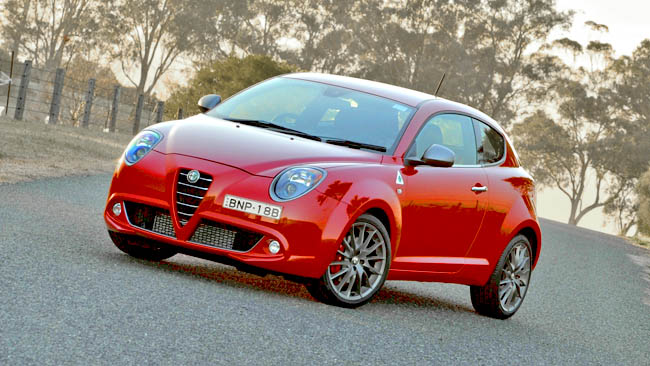 The MiTo could arrive soon to Chrysler’s dealerships in Brazil.

Fiat’s market share in Brazil is around 25%. It has been the leader for the last 10 years and its success is explained by its small cars, the Uno and Palio family. However, when looking at upper segments the results for the group are not that successful. The introduction of locally produced Bravo and Linea has not worked just as it happened with the Stilo. It seems that for Brazilians Fiat means small and cheap cars. And it also proves that Fiat should think of selling its global premium products down there. The problem is when and how. At the moment Alfa Romeo only offers two products (B and C segment), and no premium sedan. Autoesporte says both of them would be available from next year. If that’s true, then Fiat would make another mistake. In my opinion Fiat needs to offer larger and better quality cars in Brazil but under Brazilian conditions and with a wide range of products. Both, Brazil and Alfa Romeo, are two key words for Fiat plans in the future. Brazil will continue to grow and Fiat is there, while Alfa Romeo is expected to become global using the US market as the base of it. It is why the approach of that brand to this important market should not be a desperate answer to what other premium brands will do. It must be a planned strategy in order to benefit both: Fiat group (which could gain an important market share in the premium segment) and Alfa Romeo (would count on a big market for its global expansion plans).

Brazil should be placed in the same way USA market is considered by Alfa Romeo plans. Marchionne has said he wants Alfa Romeo to become a global player by adding several models to its range and returning to US market. The same should happen to Brazil as it can become a big market for future Alfa Romeos. USA has waited for years for the new 4C, Giulia and so on. Brazil should also wait for better and more products. Because I think it is not wise to sell only two imported models, that would have high prices and would not be really part of premium segments. If Alfa had problems in the past then it can not fail again. It must gain an important place in the growing premium segment and the best to do it is by waiting for the big Alfa Romeo just as Americans are doing. Otherwise the imports of the brand would place it as a marginal player and soon they would have the same problems Alfa Romeo is having in Colombia, Mexico or Argentina, where the lack of new products does not allow the brand to continue to grow. That’s why I believe Fiat should think more of premium products for Brazil but doing it in a big way and maybe thinking of producing locally. Brazil and Alfa Romeo worth it.