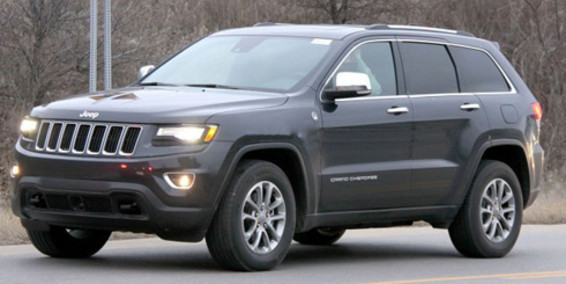 In one week Detroit auto show will open its doors for the first big event in the car industry so far this year. ‘North American International Auto Show’ (January 14 – 27) will be the place where all big car makers will release their latest products for world’s second largest car market. This event takes even more relevance as US car market is having a great moment. 2012 sales figures indicate that the market reached pre-crisis levels. Most analysts say that 2013 registrations will be better but more stabilized as growth seems to have reached the top in the last months. That’s why Detroit 2013 will be more important and is expected to be the starting point of 2013 race. Chrysler Group had a wonderful 2012 with an awesome growth. Among the 3 of Detroit, Chrysler had the best performance in terms of sales growth (USA 2012 Full Year analysis soon). However it is expected not to grow that much in 2013 as the market will stabilize. If Chrysler wants more, it needs more and Detroit 2013 should be the place to introduce more cars. But according to Automotive News, the group will not be a protagonist of the event starting next week.

Autonews says that the only ‘new’ car to be presented will be the updated Jeep Grand Cherokee. Yes, the Grand Cherokee is a very important product for the group and now faces a fall in sales ranking due to more competition. But it is not the only car that deserves an updating. If Chrysler wants to maintain its sales performance it needs more fresh products. Most of current offer is old (with tiny exceptions) and soon Americans will look other car brands if Chrysler offer does not change or evolve. What about the Dodge sedans? Dodge counts for more than 40% of Chrysler Group sales but it seems that the Charger and Avenger will have to keep fighting for long. What about the expected Chrysler 100 hatchback or the new 200? These products were scheduled to be shown in Detroit. As concept or production cars, Chrysler needs more new products and Detroit should not be the next Sao Paulo auto show where Fiat, the absolute leader of Brazilian car market, did not release anything new. Let’s wait and hope Autonews missed some information about it.