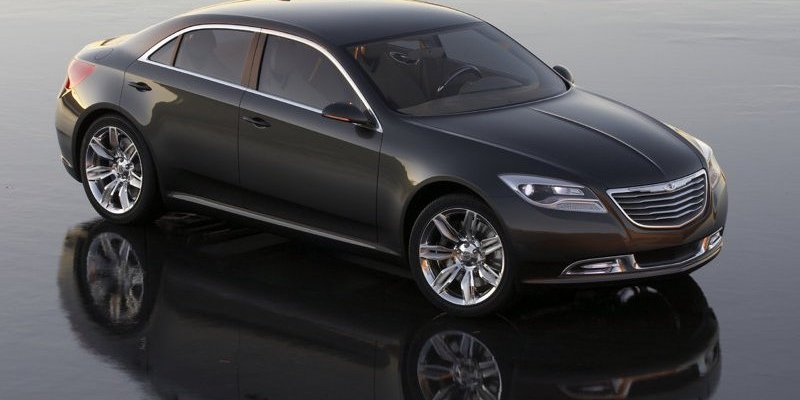 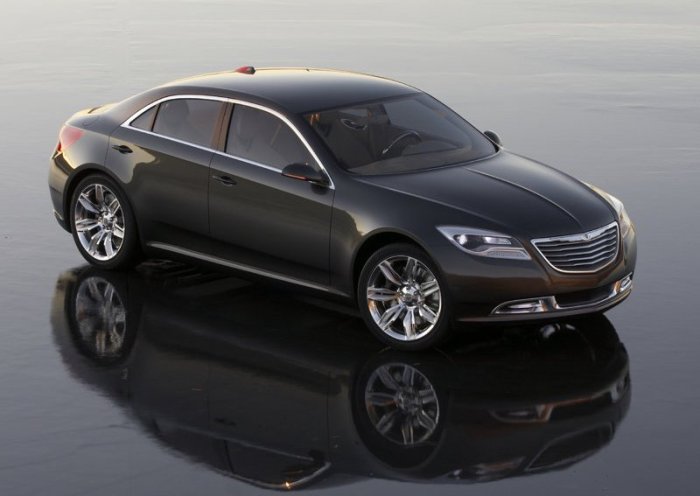 The Chrysler 200C EV is a concept presented by the brand in 2009, just before it was bought by Fiat. It was a big sedan with advanced technology and an electric engine. It is unclear whether the new 200 will include some of its features or not.

After months waiting for it, Chrysler will finally present the new 200 sedan in January 2014 at the Detroit motor show. The car was supposedly released in a private event with specialized press, and is expected to help Chrysler to gain more market share in the passenger car segments. A big part of the success of recent years has come from the good sales results in SUV, trucks and MPVs segments, but registrations coming from regular cars from ‘C’ to ‘E’ segments haven’t had the same jump. The Chrysler 200 and 300 had interesting results but they are still far from their competitors. The same happens to the Dodge Avenger and Charger, while the Dart is about to complete 1 year in the market, and its sales haven’t been able to surpass the 10.000 units barrier in USA. Sales of ‘D’ and ‘E’ segments grew 18% to 3.6 million units in 2012, or 25% of total market*. Chrysler knows that with current sedan’s offer it can’t maintain its grow rates, and that’s why the next Chrysler 200 is expected to be a revolution in terms of design, features, and technology. The brand wants to catch some market share controlled by the Toyota Camry, Nissan Altima, Honda Accord, and lately by the Ford Fusion, Hyundai Sonata, and Kia Optima. Some months later the new Avenger (based on the 200) will attack from Dodge’s perspective. 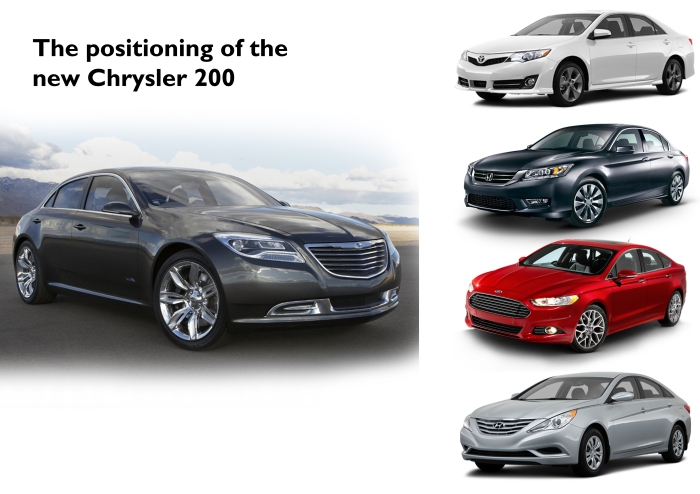 The future Chrysler 200 must play a better role in the highly competitive American D-Segment. Japanese lead the race, but Ford is doing a great job with the latest Fusion, while Koreans are strong as well.

But the new 200’s goal doesn’t stop there. It is going to be the first car completely developed thinking of 2 brands of the group: Chrysler for NAFTA, and Lancia for Europe. Hence, it will be exported to Europe as a Lancia (Flavia?), and is expected to have a better role in the Italian brand’s range. But it won’t be a rebadged Chrysler. This new car is specially conceived taking into account American and European markets, their needs and behaviors. At the end, it is going to be a ‘global’ car as it is intended to satisfy the demand of 2 different markets. It is more or less what Ford decided to do with the latest generation Fusion (in USA) and Mondeo (Europe). The difference in this case is the production location: USA. According to Automotive News, the new sedan will incorporate the latest technologic features with a fancy and premium interior. Its exterior design was re evaluated once Ford presented the new Fusion with aggressive shapes. Lancia would present it in Geneva 2014, where the brand will finally show an all-new model since the introduction of the Ypsilon. 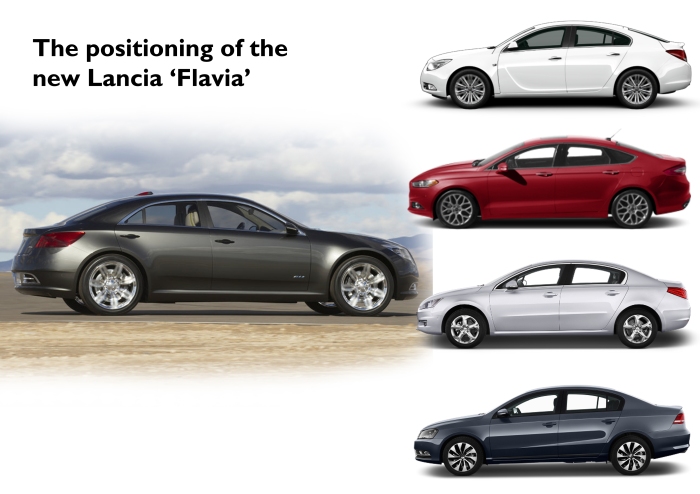 I used the image of the 200C EV Concept to illustrate how the new Lancia Flavia should be positioned. It should be the rival of the mainstream options that rule in Europe: Opel Insignia, Ford Mondeo, Peugeot 508, and VW Passat. It shouldn’t compete with Audi A4, BMW 3-Series, or Mercedes C-Class.

How should Lancia position it? there is no doubt that the new Flavia (there is no official name confirmed) is going to be a large sedan (between 4,7 and 4,8 m), following the trend of American D-Sedans. Therefore the car will be part of European D-Segment and its positioning will be the key for its success. In my opinion, Fiat shouldn’t place it as a premium choice, but it should be the ‘Italian’ rival of the Opel Insignia, VW Passat, Peugeot 508, Citroen C5, and Ford Mondeo. European D-Segment is composed by the 3 premium Germans (3-Series, A4, and C-Class), plus the mainstream options, already cited. It means there are two different sub-segments within the segment: the premium and the mainstream one. The difference between them is pricing strategy. BMW, Mercedes, and Audi offer their cars starting at 33.000 – 35.000 euros, while the mainstream prices start at 25.000 – 27.000 euros. Lancia should position its new Flavia to compete with mainstream options giving a premium touch, but never competing against the premium Germans, as it won’t have any chance. Normally, the mainstream sedans are larger than the premium ones, and the new Lancia could fit perfectly in this trend, while people in Detroit should work on a SW version, as this kind of body type is quite popular in many European markets. To compete with German premiums there will be the Alfa Romeo Giulia, at the bottom of the sub-segment, while Maserati should have its own D-Sedan at the top of it. Time and prices will tell us how Fiat plans to sell its first car specially conceived for 2 continents.