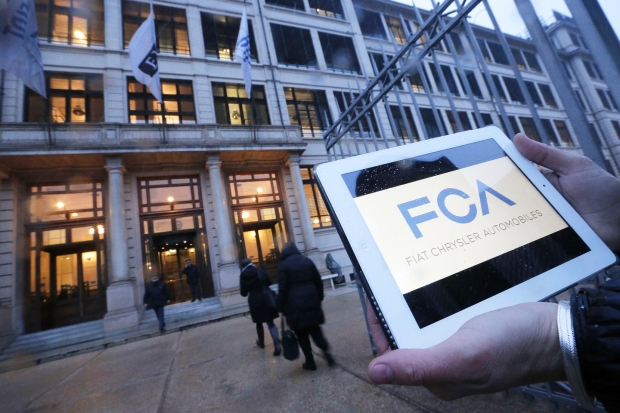 If there’s a car maker that looks desperate to find a partner it is for sure FCA. Since the merge with Chrysler, Sergio Marchionne’s new goal is to relaunch Alfa Romeo and increase total volume by a lot. But he knows that it will be very hard to achieve it without cost savings or more money. Currently Fiat Chrysler is the carmaker with the highest debt in the industry whereas it has one of the most ambitious product plans in a very short period of time. In other words Fiat needs funds and it must move faster than the big players (VW, Toyota, GM, Renault-Nissan) if it wants to keep its independence. Based on its own reports, the group has cash but it has to decide how to use it considering priorities, and Marchionne perfectly knows that it can’t continue to burn millions of dollars when developing one single product. He explained that in a very interesting presentation at the 1st quarter results meeting and the markets didn’t get it as they understood that FCA is desperate to get married as soon as possible.

What could happen if Marchionne doesn’t find a husband for FCA? GM, the candidate he likes, has rejected the proposal as they believe they can do more by themselves. At the end Mary Barra, GM’s CEO, may not want to disturb the company’s investor with a merge that had already resulted in a very bad marriage back in 2005. At the same time, the very few single candidates don’t have the charming Fiat wants due in part because what Marchionne wants is volume and common platforms/projects. Hence, the remaining Japanese independent car makers, such as Mazda, Mitsubishi and Suzuki may not have the appeal. In Europe PSA flirts with the Chinese, Renault is already engaged with Nissan and Daimler, while BMW has an affair with Toyota. Who else can be? Hyundai and Kia have a great  marriage, Ford is doing well alone. Maybe Honda? or a Chinese group?

If FCA doesn’t get married the situation is going to be difficult. The first impact is going to be in the timings as many of the coming products could be delayed. Current cash is generated mostly from North American, Jeep, Maserati and Ferrari divisions. In the meantime Brazil and Argentina operations burn money, and European numbers are back to the break even but at very slow speed. Asian sales don’t take off. The main problem is that the luxury brands profits are not enough to finance Alfa Romeo’s expansion and the big investments the group needs in China and India. Hence, the easiest way to solve this is by delaying the launches of the coming Alfas, Jeeps and Fiats. By doing so, FCA will slow down and won’t be able to achieve its 2018 sales targets. By that time it won’t be large enough to face the competition from its big rivals and its independence could be severely threaten.

Another consequence of remaining single is that the hybrid/electric technology could have to wait more time to be available in a big part of FCA’s range. Fiat Chrysler is one of the few big carmakers that lacks of this technology and based on its plans, it may take a while to be a real feature (the first product to be powered by a hybrid engine is going to be the new Chrysler Town & Country, and it will be launched in early 2016). Without a partner and its money, the low emissions engines issue will become more difficult to deal with, and Fiat may have problems to meet the 2020 European targets. However the biggest effect of not finding a partner would be related to Ferrari. After the IPO, FCA will be the biggest shareholder of Il Cavallino with 80% of the property and for sure it will be the first thing Marchionne will think when his plans start lacking funds. Certainly Ferrari is and will continue to be the goose golden egg. These turbulent scenarios explain Sergio’s urgency.

6 thoughts on “What if FCA remains single?”