It seems that things are getting bad for Fiat Chrysler. Without considering the fact that the company won’t definitely reach its 2018 sales targets, it is now facing one of its biggest threats: US car market slow down. Far away from the Brazilian economic crisis or the constant problems it has in Asia, the downturn in the American market is perhaps the main challenge FCA has right now, right when it wants to go ahead with its plans and find a possible partner. What’s the future of FCA without a strong partnership and with its main source of profits and sales posting a decline? 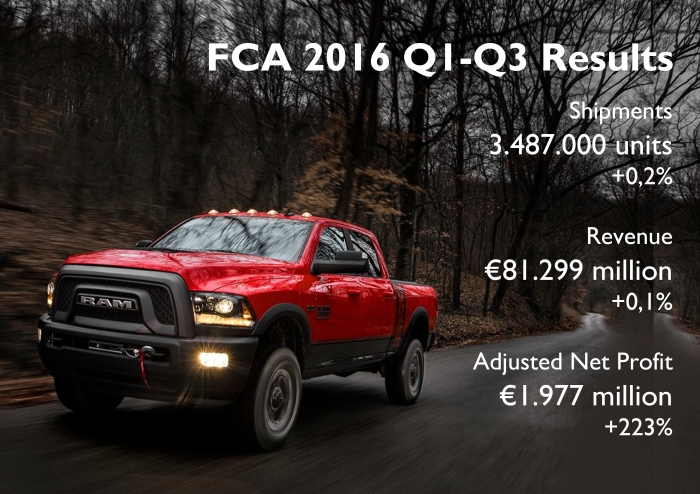 Last month the US car market posted a 5.9% decrease to 1,37 million units. It was the highest monthly percentage drop of the year and took the Year-to-date results to 14,47 million units, down by 0,3% compared to January-October 2015. After years of continous growth, American car demand has shown signs of stagnation, in contrast to the European and Chinese car markets. October results came in despite the increasing incentives. Among the reasons for this result was the two fewer selling days and the possible effects the Hurricane Matthew had in the Southeast of the country. 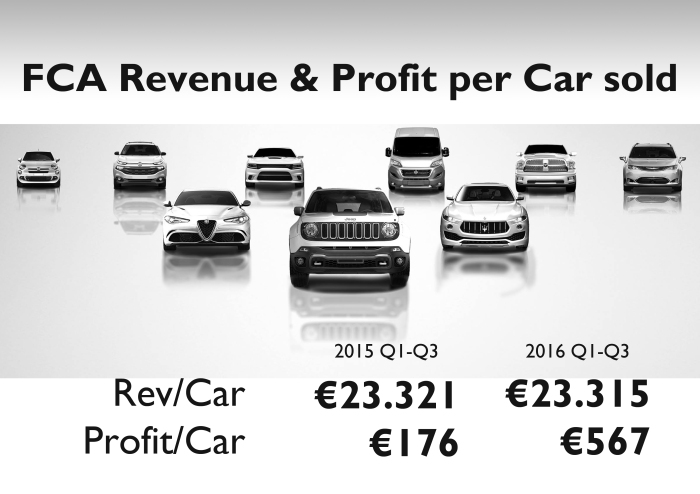 The main losers of the month were Ford and FCA, with their volumes down by 11,9% and 10,2% respectively. Besides their declines in the traditional segments, some of their growth drivers also posted negative changes during the month. In the case of Fiat Chrysler, its SUV sales fell by 5% in October 2016 with Jeep brand posting a 7% decline. This is not certainly good news for FCA as its main source of profits and growth is now in the negative field. Analysts estimate that a big part of current FCA’s operational profits come from Jeep products and lately from Maserati, now that Ferrari does not make part of the company. 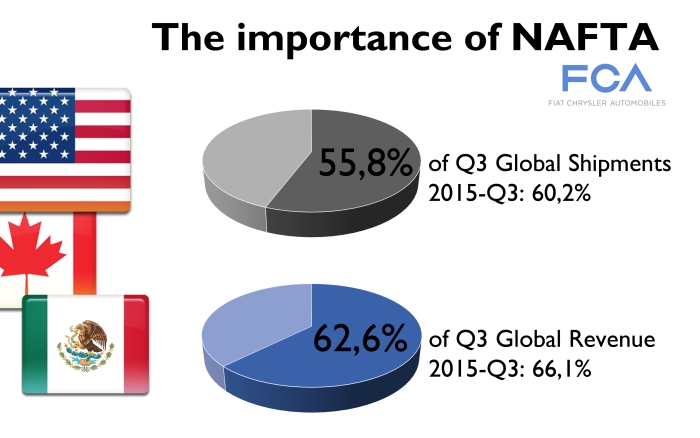 The latest move from Mr. Marchionne has been to focus its US factories on the production of large SUVs and trucks, and move the production of sedans and MPVs abroad. This can certainly help, but if the American demand stagnates, then the company would be in serious difficulties to increase its annual sales, its profits and its 2018 targets. The arrival of Donald Trump to office certainly changes the scenario for good and for bad. The positive part is that his government could weaken fuel rules established by current administration. This could give the company some oxygen as consumers may continue to shift from cars to SUVs and Pickups. The bad side of the equation is that the Mexican production of FCA cars could be threaten if NAFTA is revised, right as he said during the campaign. 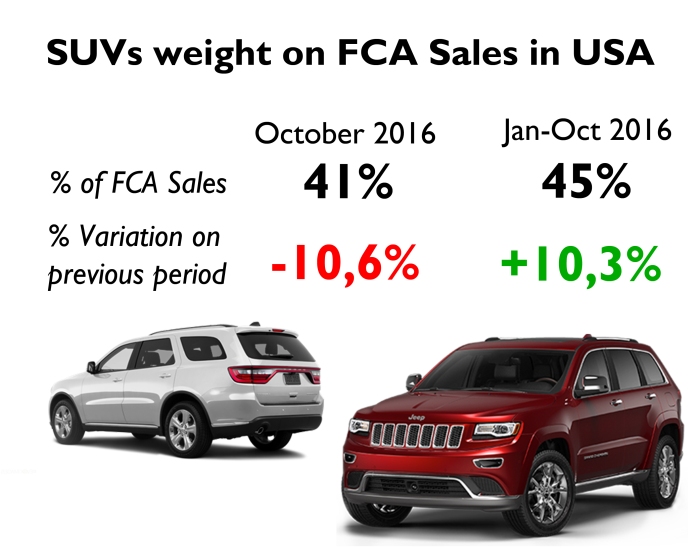 European recovery may not be enough to offset a the stagnation in the US market. Even if FCA is the major European car maker to post the highest market share gain during the first 10 months of this year, the situation is not clear in key markets such as Germany, France and the UK. In South America, the little oxygen the company had with the introduction of the Jeep Renegade in Brazil came to an end, as the latest results show that its sales are already decreasing. Asian operations seem to have a little hope based on September’s numbers for the Jeep Cherokee in China (more than 10.000 units), but still the group struggles to gain a piece in that market. Without strong US figures and a serious partner, FCA will definitely pass through difficult times in the next months.

3 thoughts on “USA slows down: the effect on FCA’s immediate future”