Jeep wants the all-new Compass to become one of its global key models. The current generation debuted at the 2006 Detroit motor show in January, and was facelifted in 2011. Therefore it is a product developed before the Fiat era, but its nameplate can be considered an important one for FCA global operations. This is probably the reason why the company did not change the name with the arrival of the new generation. The goal now is to position the Compass among the top 3 best-selling cars from Jeep. 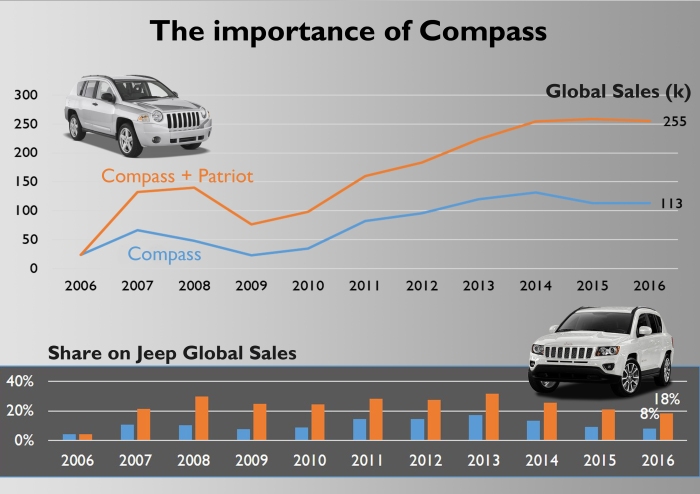 Last year Jeep sold around 115,000 Compass globally. That was 8% of the brand’s global sales. The Compass was the lowest-selling Jeep, but even if it is an ageing car, its volumes remained stable (-0.1%) compared to 2015 figures. In fact, its annual sales since its introduction in 2007 show that not everything is said when it is about product life cycle. Its volume for last year (its 10th year in the market) was its 4th highest. As it happens to the Dodge Journey, the Compass has proven to be long standing strong seller… in USA.

The new Compass is due to expand the nameplate’s presence worldwide. The current generation was Jeep’s best-selling model in China for some years. Source: JATO Dynamics

USA counted for 80% of the Compass global sales last year. Despite its popularity at home, the current Compass struggled to find a decent position in overseas C-SUV segment. Jeep discontinued the model from its European range right after the Renegade was introduced in late 2014. South American markets barely knew about it, and consumers in Australia clearly preferred other nameplates from the brand. China was the unique exception, as the Compass was the best-selling Jeep between 2010 and 2015, allowing the brand to expand its business there.

The new generation is set to expand the success into other regions. Will it make it? the compact SUV segment has become enormously competitive, especially in Europe and China. There are not only newer models, but several more alternatives than in the past. Brands like Peugeot and Seat have recently joined the segment, following the success of others like the Nissan Qashqai, Volkswagen Tiguan, Hyundai Tucson, Kia Sportage, Ford Kuga and Renault Kadjar. It is also the case in China, where the Chinese models are posting very strong growth rates and taking share away from foreign brands. 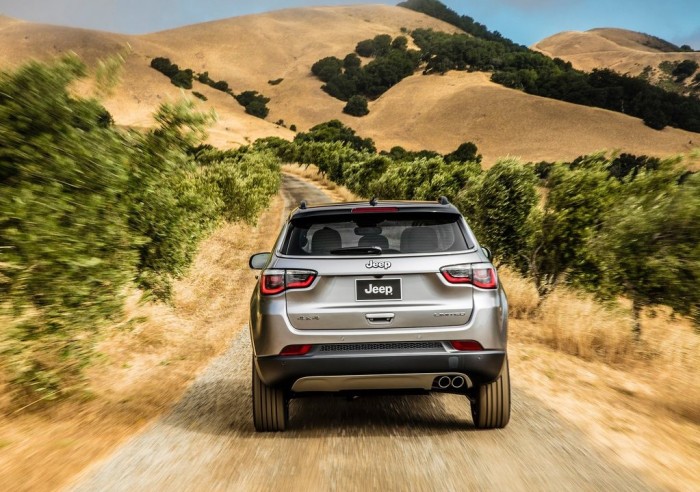 Jeep will follow the Renegade’s successful formula: to position the Compass as the real off-road and capable alternative within the Compact SUV segment.

In this context, the new Compass is definitely a better car and faces more competition. It is likely to gain more ground in North America, China and Brazil, but in Europe things may be more complicated. Unlike the Renegade, which somehow has few direct competitors in the B-SUV segment, where Volkswagen is not present yet, the 2018 Compass will play in the big part of the mainstream C-SUV segment. In other words, it will directly rival with the Tiguan, Qashqai and Tucson, and their prestige/history in this segment. The Cherokee couldn’t do it in the D-SUV against the premiums, and not even the Ford Edge. It doesn’t seem to be the case of the Compass. We will see.