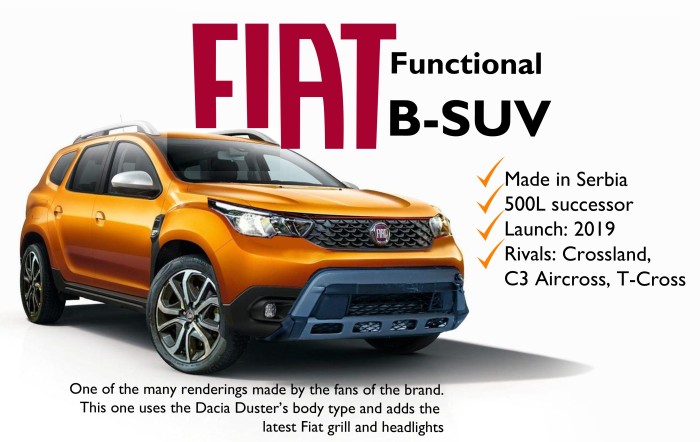 It is not yet official but Fiat is the next brand that will abandon the MPV segment in Europe. The Fiat 500L, which sits in the B-MPV segment, is set to change of shape to become a B-SUV, just as Citroen did with the C3 Picasso and the new C3 Aircross, or Opel did with the Meriva and the new Crossland X. The strong SUV demand is forcing all makers in Europe to focus their efforts on this kind of vehicles, leaving fewer investment and marketing attention to the traditional segments. 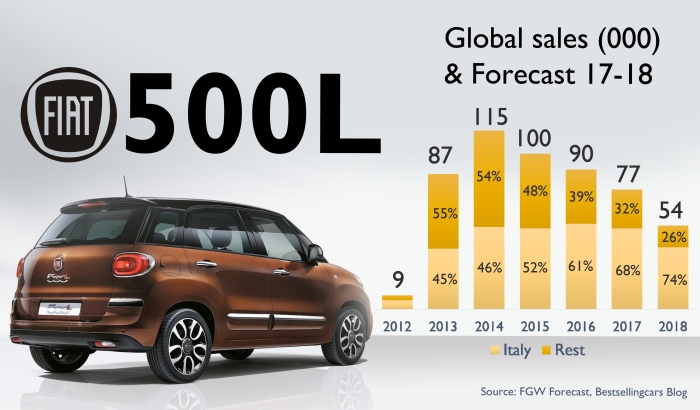 Fiat has already a B-SUV in its range. The 500X was born to give Fiat access to this booming segment, while enlarging the success of the little 500. This car was launched in January 2015 to rival the Renault Captur, Peugeot 2008 and Opel Mokka. It had a pretty good start with monthly registrations of 8.000 units during its first year. As expected, it is Italy’s best-selling SUV, and along with the Jeep Renegade, it revived FCA’s plant in Melfi. The 500X is even exported to North America. 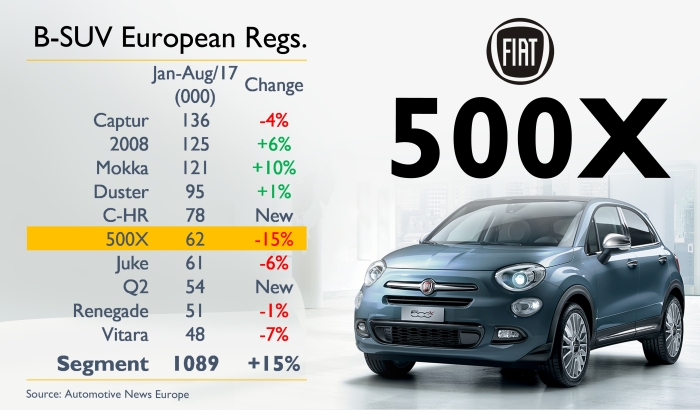 But soon things didn’t go as well as planned. As it usually happens to most of all of FCA cars, the 500X registrations started to fall faster than expected. Through August, its registrations in Europe fell by 15%, while overall market’s volume increased by 15%. In contrast, the Mokka, 2008, Duster and Ecosport posted growth, and the Toyota C-HR has already outsold the 500X by more than 15.000 units. Not even the Juke, which is one of the oldest of the segment, is recording such a big drop, with volume down by 6%. The Fiat 500X clearly needs a restyling to re boost its sales. 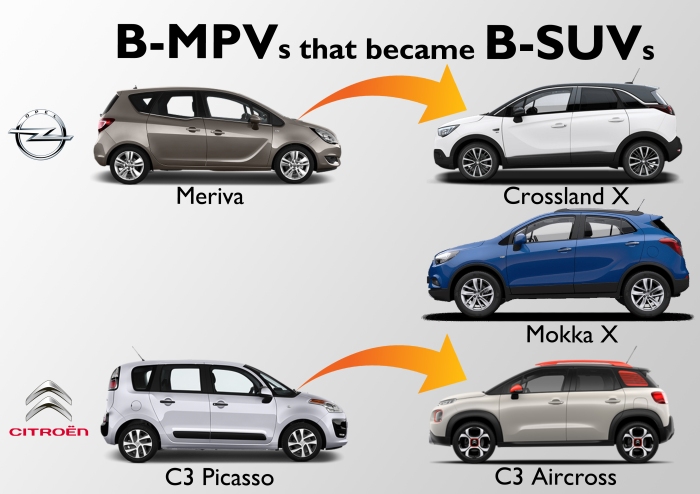 However, after the arrival of the Toyota C-HR and Volkswagen T-Roc, it is clear that the B-SUV segment is being split into two groups. The fancy, big (more than 4300mm) and more expensive ones, and the entry-level, frugal and smaller ones like the Crossland and C3 Aircross. Opel was the first to anticipate this split with the Crossland and Mokka, while other makers like Renault, Ford and Volkswagen are already working on a second B-SUV. Fiat is the latest brand to make part of this trend with a the new functional B-SUV, which is set to replace the 500L within the next 2 years. 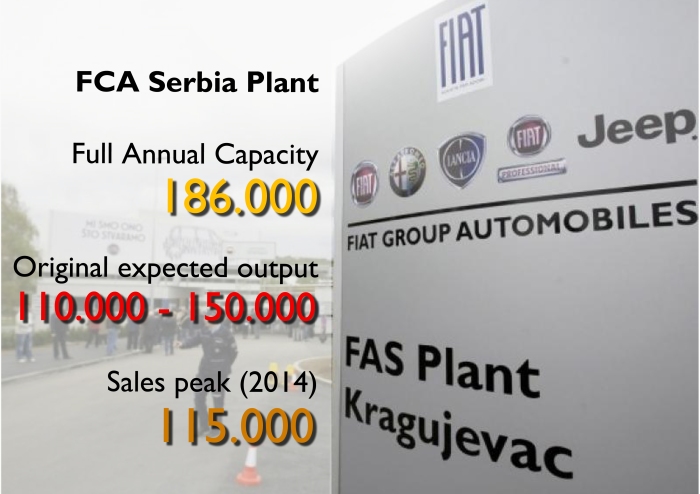 As the 500L, the new B-SUV from Fiat will be made in Serbia, and this will allow FCA to make use of the lower labor costs in order to propose a very competitive car in terms of price. Following the same case of the Turkish made Tipo, the functional B-SUV will attack the segment from below leaving the top to the 500X, which is expected to become more refined when it will get its first facelift. In this way, FCA could kill two birds with one stone, by increasing the production levels at Kragujevac factory and enlarging its offer in the popular B-SUV segment.