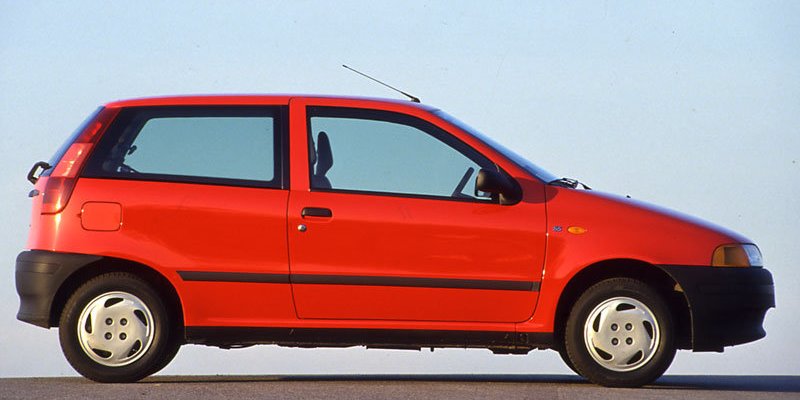 It is time for the Punto to pass away. After the end of production of the Fiat Palio in South America, the company has officially stopped the production of another glorious nameplate. The Fiat Punto has been in the market for 25 years and after 4 years of agony, the brand decided to kill the model without a direct successor.

The Punto was a key model for the expansion of Fiat in Europe in the 90’s. It also helped the company to keep running some of its big factories in Italy. When it was revealed in 1993, it meant that there was a new chapter in the history of Fiat. With the Punto, the Italian maker became a modern player that was able to offer cool cars for everybody.

Both consumers and the press confirmed this. The first generation of the Punto was the winner of the “European Car of the Year” award in 1995. At the same time, the Punto became the best-selling car in Europe in 1997, puting an end to 14 years of uninterrupted domination by the Volkswagen Golf. The Punto was an original car, affordable and with decent quality standards. 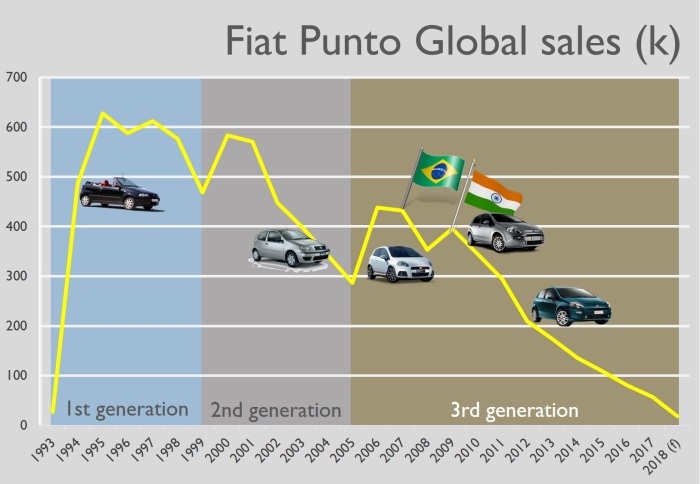 In 1999 when Fiat revealed the second generation, the company was facing more challenging times. European competition was tougher and the position of Fiat in Italy was due to change for worse. The new Punto had a good start but soon came the GM deal which changed the priorities and the future of the model. The popularity of the Punto continued despite the problems the company was facing during those years.

The GM-Fiat marriage brought the third and last generation Punto and current Opel Corsa. Both cars shared a common platform and posted big sales results. The Fiat was launched in 2005 and became bigger and very attractive. The Grande Punto was set to become a key product for the Italian factories counting for 85% of Fiat brand local production in 2011, and almost half ot total car production in Italy.

As Europe was heading to a deep crisis, the Punto started to show sales drops. In 2012, when the worst of the economic downturn happened, the third generation Punto was 7 years old, which is the average age of a model changeover. Fiat decided to delay any new generation project and started to focus on the Panda and 500 and on the new 500L. This was the way the company was supposed to resist the bad years.

These was all the beginning of the end of the Punto and its long agonizing years. The new marriage with Chrysler Group in 2009 helped Fiat to improve its presence as an independent player. However, the American car maker had no experience doing small cars, so a new Punto would have to start from zero and without any economic boost from an alliance. GM wasn’t there anymore to join forces with the new FCA to renew the Punto-Corsa project.

Then the SUV boom arrived hitting the traditional segments in Europe. The small SUVs (B-SUV) started to gain traction while the subcompacts were not as appealing as before. Why should Marchionne spend FCA’s limited resources in a project that wouldn’t have the same positive effect that it could have had some years before? that was the last thing that killed the Punto. The new priority was the development of SUVs, the expansion of Jeep and the premium brands of the group.

The Fiat Punto is dead, long live the Punto. The car was available for 25 years and now says goodbye after a brilliant carreer with an abrupt end which was the consequence of bad planning and the lack of interest from the management. There won’t be a direct successor, at least for now. But the 9 million units sold will always remind us that there was a Fiat that once led the European market.

13 thoughts on “The Fiat Punto is dead, long live the Punto”