The latest results from USA and Italy indicate that there is a big change within FCA brands. Following my own forecast for this year, Jeep is set to become the group’s largest brand by sales volume by the end of this year. It would be the first time that the Fiat brand doesn’t lead the ranking since the merger in 2009. It is not only a figure, but a historical thing. 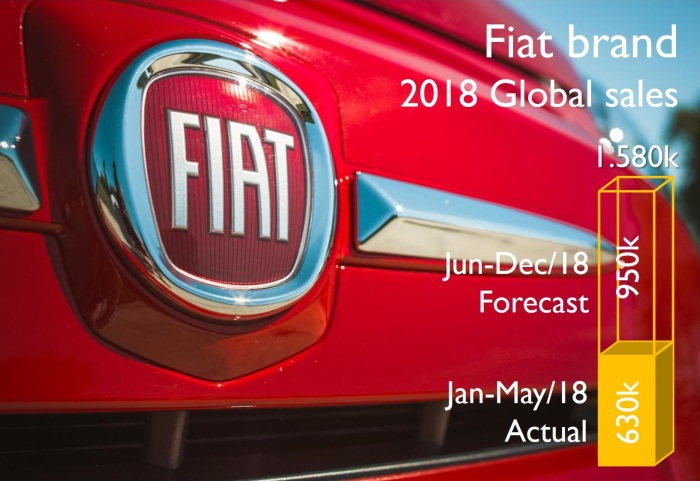 After a year of stagnation in 2017, Jeep is back to positive results this year. The growth is being boosted by the latest arrivals, which are posting big increases not only in USA but also in Europe, Brazil and India. It started with the second generation Jeep Compass, which was launched in H1 2017 but is already recording big increases. 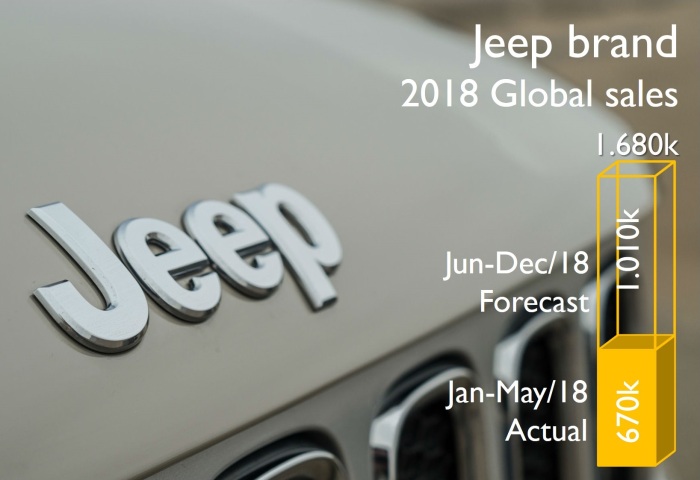 The Compass was followed by the all-new Jeep Wrangler, which hit the American dealers in Q1 2018, and has just been launched in Europe. The Wrangler is conceived mostly for the consumer in USA, so it is not expected to bring a lot of new clients overseas. The updated Jeep Cherokee is the other driver of growth, and as the Wrangler, it is more dependent on the US demand.

Global sales through May 2018 show an increase of 18% to something between 670.000 and 680.000 units. The Renegade and Grand Cherokee declines were offset by the strong sales increase coming from the new Compass (+164%) and Wrangler (+41%), which became the brand’s top-selling models. The Cherokee had a good month in May with volume up by 19%, and the Chinese-made Commander made its debut. 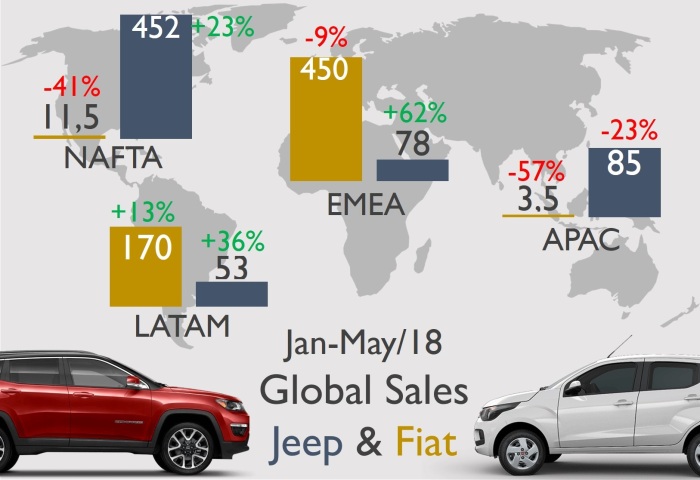 With the worrying exception of China, Jeep’s situation is improving everywhere. North America still counts for the largest part of its sales, with double-digit growth. In Europe the new Compass climbs in the ranking and allows the brand to outperform most of its rivals (Italian registrations more than doubled through May). Brazil and Argentina are among its top 10 largest markets, with volume up by 23% and 147% respectively.

The bad part of the story is that Fiat is facing difficult times. Estimated global sales (passenger cars and commercial vehicles) fell by 6% during the first five months of this year to 630.000 – 640.000 units. Positive results in Brazil and Argentina were not enough to offset the big decline in Italy, UK and Turkey, while US demand shrank. The top 3 best-selling Fiats (500, Panda and Tipo) are all facing challenging times. 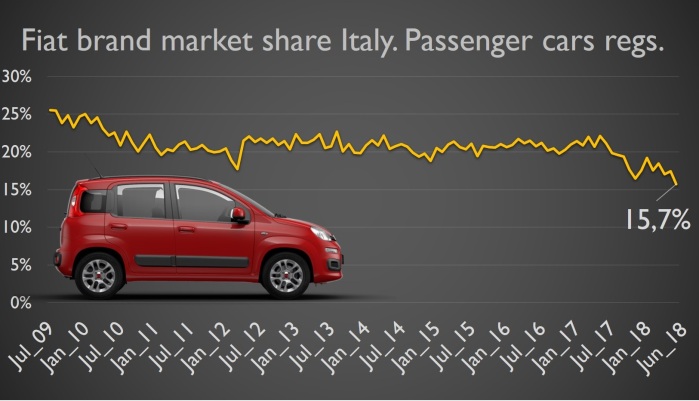 In fact the situation is getting more complicated for Fiat. In June it posted its lowest monthly market share in Italy since the year 2000, at 15,7%. As it has been happening in Brazil, Fiat continues to lose ground due to the lack of SUVs. With Jeep on board, the rest of the brands lost their chances of having a big range of SUVs. The rest of the brands of the group really need these vehicles in their lineups if they want to keep attracting consumers around the world. 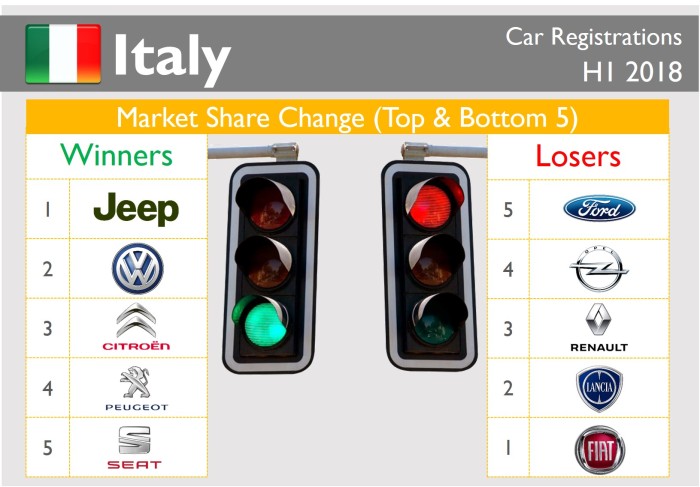 The Fiat 500X can’t do all, especially now when the segment got busy with the arrival of VW Group (T-Roc, Arona and Q2, and the coming T-Cross). Fiat needs a budget small SUV to sit below the 500X, and a compact SUV to rival with the Skoda Karoq, Nissan Qashqai and Citroen C5 Aircross. In Brazil, there is a big chance that the growth registered so far (thanks to the new Argo and Cronos) could stop if no SUV is launched. Jeep is working on it, but in my opinion, Fiat should also have a key role in the SUV expansion.

If nothing is done, we will likely see Fiat becoming the niche brand that Marchionne mentioned in the Capital Markets day. Despite the arrival of new models (only in Brazil), there won’t be a big positive impact on sales if there are no SUVs in the range. In the meantime we will see Jeep dominating the scene and the historical Fiat lagging behind.

9 thoughts on “Jeep to outsell Fiat for the first time”