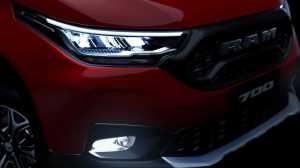 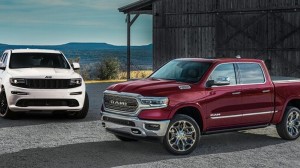 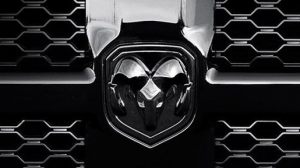 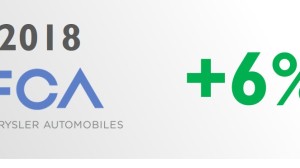 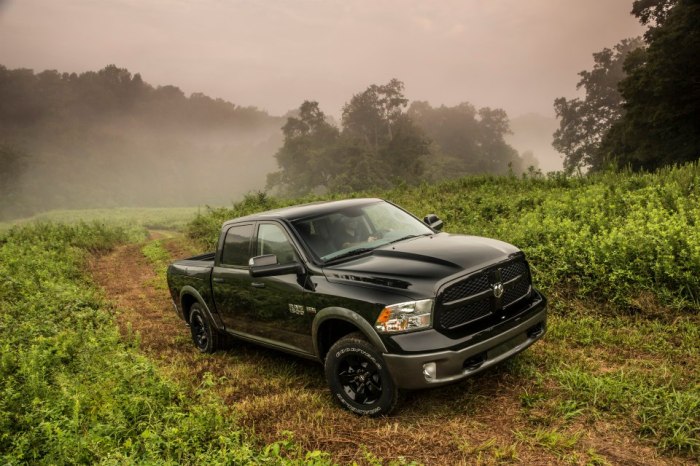 The 2013 version of the Ram is getting ready to get more market share with better fuel-efficiency. It is powered by 3.6 liter and 305 hp in a V6 engine, and thanks to new features the truck has a fuel economy rating of 18 city/25 highway. It is much better than current model: 14/20. It will be introduced in late 2012 starting at $23.585 and there will be more engine options such as the 4.7 liter V8 or the 5.7 Hemi V8. Outside the car will not change. But the good things come inside as it will offer the Start/Stop system, active grill shutters, adjustable suspension to lower the truck when it goes in high speed roads to reduce air drag. All those features will allow the largest member of Fiat-Chrysler alliance to reduce its fuel consumption and bring new customers as it will be the most efficient truck available in the US market. Recently Ram trucks had gained more market share without being really competitive in terms of fuel efficiency. In the last year Ram has been able to gain market share among big trucks.

Units sold and market share of 3 main trucks in US market. The Ram has gained more market share in the last year but it still far away from the good years before the financial crisis. Source: http://www.bestsellingcarsblog.net 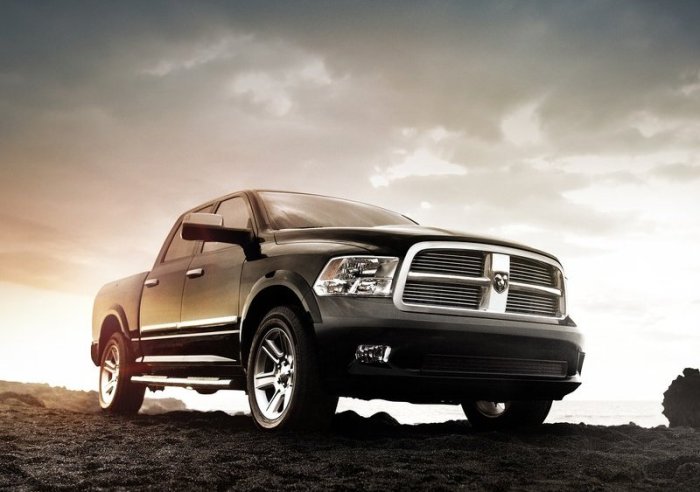 The ending week brings a lot of news related to the coming versions of Ram pickup, Fiat 500 and Bravo, and the first restyling of Fiat Linea. The offer of the bick truck from Ram will add a luxury version called Laramie Limited, featured with heated steering wheel, ventilated front seats and heated rear seats, to replace the Laramie Longhorn version. It will be Ram’s most expensive pickup and is part of the strategy of the brand to cover a the fast growing segment of luxury trucks. Chrysler has seen an opportunity among those clients that are not cowboys but want a big truck to use in the city.  In fact this kind of pickups are allowing Ram to rise the average price of its products. Last year, 13% of light -duty Ram pickups were sold for at least $40.000 (+9% compared to 2010), and among heavy-duty one, those pickups with prices above $50.000 represented 29% of total sales (+22%). In other words a new subsegment has born and Ram is ready to cover it. For the coming months, though, they should develop an exclusive model (not only an update of current model) in order to address more directly this kind of client. Last year, Ram sold around 315.000 units, 78% of them in the US, up 23% on 2010 figures,  double of growth that had its eternal rivals, Ford F-150 (+11%) and Chevrolet Silverado (+12%). 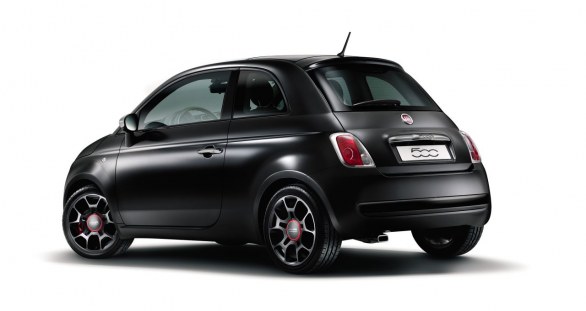 Meanwhile in Italy Fiat has introduced the 500 Model Year 2013. Available in both body types, 3 door hatchback and cabrio, the car is now offered with 6 new colours and 2 new versions. The MY 2013 introduces the blue “Dipinto di blu”, the purple “Dolce”, gray “Colosseo”, red “Diva”, yellow “Sole” and Beige “Cappuccino”. They will be also available with 2 more interior options: Cioccolato/Avorio (Chocolate/Ivory) and Gray/Black. Lounge version is now possible to have with 14 axes rim of 15″. In terms of accessories, there are 2 more versions: the Street (Black Matt color, 16″ rims, spoiler, new seats, crome gearbox) starting at €13.750 for the 1.2. The other version is called Color Therapy, that according to Fiat, it develops the pop and coloured soul of the 500 through colours that had made this model so famous. MY 2013 does not mean any change in design, as Fiat is waiting for the first real facelift in the coming months in order to enhance in a better way the new rivals.

After some weeks of the presentation of Fiat Bravo MY 2013 for Brazilian market, they have showed the Sporting version. From next week Brazilians will be able to buy the Bravo with 17″ rims with new sporty touch outside and inside. It adds a red frame in the grill, a spoiler and a suspension 25mm lower than its ‘common’ brothers. Sky Dome roof is standard. Will be available with both gearbox, manual or Dualogic starting at R$58.140 (€23.000). Is then more expensive than Essence version R$53.140 (€21.000) and cheaper than Absolute (€24.600) and T-Jet versions (€26.200). The engine is 1.8 E-torQ and is only available with 4 different colors: yellow, white, red and green. Fiat , which is Brazil’s best selling carmaker, is trying to recover its market share in C-segment due to the fall of sales of its Bravo and Linea. During the first 5 months of 2012 they have sold 3.478 Bravos and 3.419 Lineas, far away from the leader of the segment, Toyota Corolla with 20.681 units sold so far. 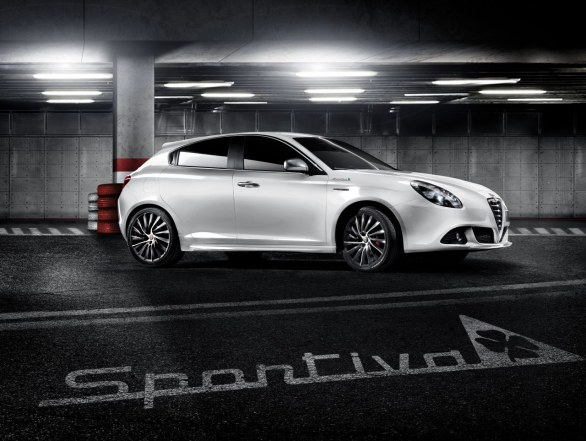 Alfa Romeo wants to keep the good results of its C-segment Giulietta. In April and May it was Italy’s best selling car in its segment surpassing VW Golf. After the arrival of entry level version of 1.4 T with 105 HP, now is turn for a more sporty version. The Supersportiva will arrive soon offering an interesting sporty package with 1.4 MultiAir 170 HP , 2.0 JTDM 140 HP or 2.0 JTDM 170 HP. It comes with 18″ rims (the same of QV version) with Brembo brakes, darken stop lights, matt external mirrors; sporty pedals, leather seats with red stitching, among others. A good way to keep shaking the market in a moment when all segment sales are droping. This year is expected to be really hard for Alfa Romeo’s sales figures as they just count on 2 models and Giulietta one is now having problems outside Europe with the arrival of new competitors. In Italy this car should take the comand of C-Segment sales, thanks to a wider range of versions and GPL options, now more appreciated by Italians. YTD sales figures indicate the Giulietta is just 2.951 units behind the Golf, but it seems this gap will reduce as the Giulietta was in May, for second month in a row, the best selling compact in Italy. 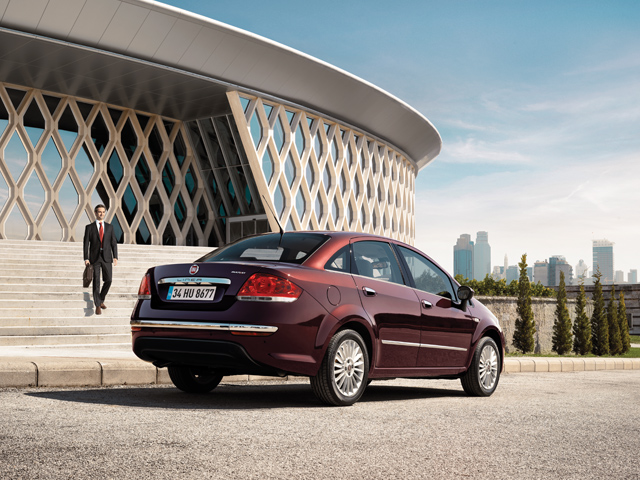 Finally from Turkey arrives the last news. The Linea, Turkey’s  best selling car, has received its first facelift since it was introduced in 2007. The make up affects the outside and inside design and allows it to look much better and elegant. Now it comes with a rear spoiler and inside there is a new design for the steering wheel and redesigned instrument panel, and a new dashboard. Engines don’t change: 1.4 Fire with 77HP, 1.3 MultiJet 95 HP and 1.6 MultiJet 105 HP. Inside the whole dashboard and panel were changed and took from the Punto Evo but adding better looking materials. Fiat produces the Linea along with local producer, Tofas, and this year it has become country’s best selling cars beating its rivals from Renault, the Thalia and Fluence. Jan-Apr sales figures indicate that 8.710 units of this sedan (C-segment in Turkey) were delivered, up 13% in a whole market that drops 19%. Eventhough the good result, it is practically the unique successful model of the company as the Albea sedan (B-segment) is getting really old and its sales falling dramatically. Turkey is an important market that is expected to grow to interesting levels in the next years. 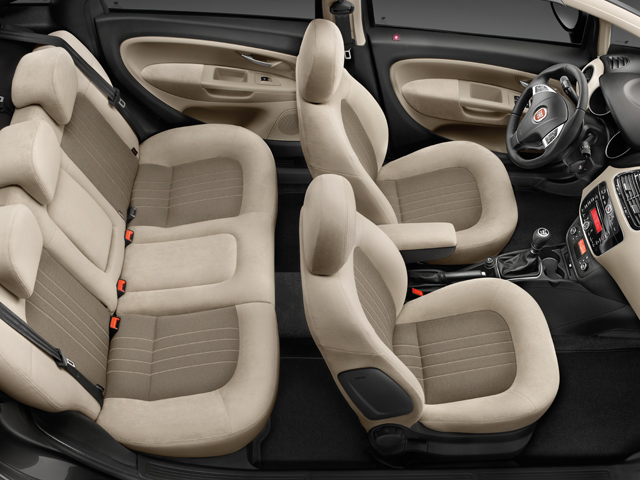 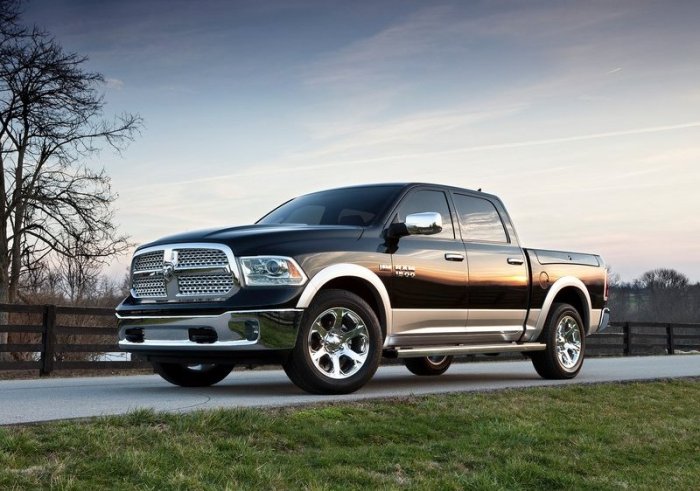 RAM 1500. Is it coming a diesel version? Photo by netcarshow.com

Some news are coming from America. The latest one is related to Fiat and its successful 500. After the good start of Abarth version with 160 hp, Fiat presents the 500 T version. They saw the lack of a mid size engine between the regular 500 with 105 hp and the Abarth one. That’s why the 500 T with 135 hp will become the option for those wanting more performance than ‘just’ 105 hp but can’t afford $22.000 dollars that costs the Abarth. The T version is expected to keep increasing sales as the car will cost $19.000 dollars $15.200 €, and offers a very nice engine with good especifications inside, though the car will not have Abarth logo. With this version, Fiat 500 family in America is now composed by the 500 Pop starting at $15.500 dollars ($12.350 €), the 500 Lounge, 500 Sport, 500C Pop, 500C Lounge, the 500 Abarth and finally the 500 T. Meanwhile the Electric version of the small car was confirmed to be on sale next year. 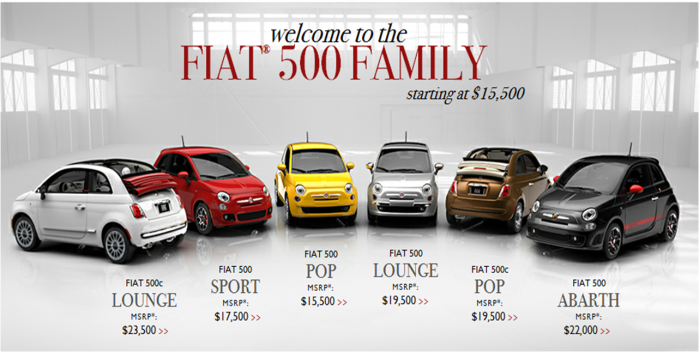 American Fiat 500 family. Though the Abarth version is the bestselling one, it’s just offers one body type

Another sporty to arrive, not yet though, is the Dodge Dart SRT version. According to Sergio Marchionne, what is only missing to complete the project is “how big is going to be the engine that will move the Dart to create the SRT version”. It means they are really considering a super powered version of the mid size sedan and maybe use a 4 cylinders turbo version with even more than the 235 hp that moves the Alfa Giulietta Quadrifoglio Verde. But as people from Autoblog Spain say, the SRT Dart could be moved by 300 hp and 2.0 MultiAir engine. The problem is that there is no 4 cylinder engine turbo available at the moment. 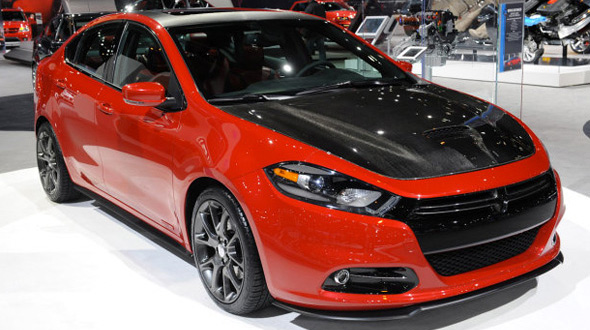 On the other hand future plans of Chrysler group include the elimination of double products. It means the car company does not want to offer anymore two brand options for the same model. That is why they will remove from Chrysler’s range, the Town & Country which is the same car of Dodge Gran Caravan. Instead they will project a lighter minivan to be shared with Lancia and leave the popular Dodge alone. The same destiny for the Jeep Compass as it is practically the same Jeep Patriot. The C-SUV-segment from Jeep will be removed from dealers by the year 2014 to be replaced by a global compact SUV that might share platform with other products of Fiat-Chrysler Group, such as the next generation of Fiat Bravo, which could be replaced by a Cross Over. Regarding this news, it is weird Chrysler wants to get rid of the Town & Country as it was its best seller in 2011 with more than 102.000 units. The MPV is an excellent product that could be even more differenciated from the Dodge version with more luxury interiors. A smaller successor could be also an interesting thing but taking into account that Americans prefer big version of these kind of cars. In the case of the Compass, it has not been certainly a big success and that’s why they should work on a global compact Cross Over to fit expectations of American and European clients and to become a product to expand into other markets. 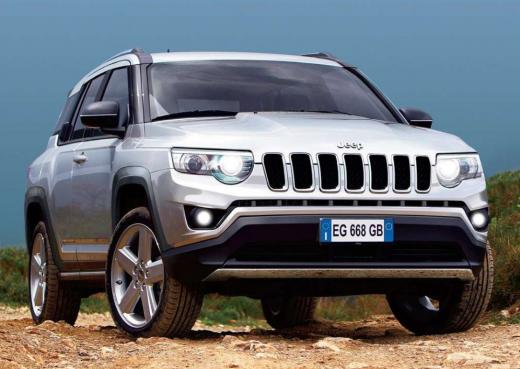 A render of a possible future compact Jeep. Illustration by inautonews.com

Finally, based on a spy photo, people from Automotive News comment the possible arrival of RAM pickup with diesel engine. They suggest the black speckled stain seen just above the exhaust (a common sign of Diesel engines) could be the proof that Dodge is working on a RAM diesel. Good news that should be analyzed carefully as Americans are not really used to this kind of engines and big trucks had been always associated with big petrol engines. Although diesel cars have become less unpopular in the last months, their market share is still low. In 2011 only 101.624 cars out of 12.7 million of total passenger cars sold in America, had the diesel technique, and none of them was a pickup.