I just had the opportunity to visit one of my favorite cities, Paris. I spent some days in this beautiful city following my attendance to the Mondial de l’Automobile. After six years attending Geneva Motor Show, it was time for Paris, and this year’s edition was in line with my expectations. Despite the fact that seven important brands missed the show, there were important presentations and announcements coming from the majority of the exhibitors. 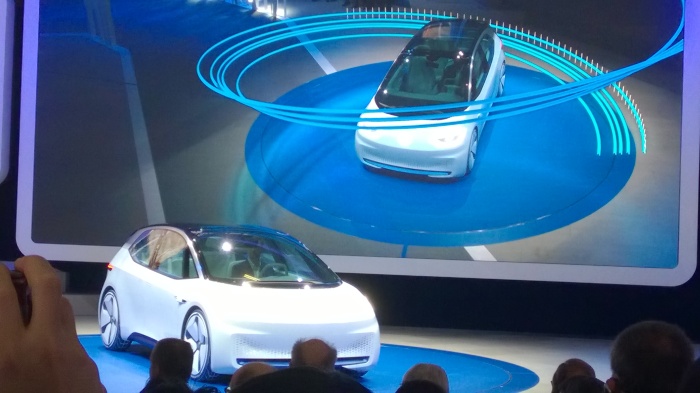 Despite its problems, Volkswagen has a clear direction. It wants to be an important player in EV world by the year 2025.

Volkwagen Group opened the show with the official presentation of the Skoda Kodiaq. The new midsize SUV is expected to be hit thanks to its features, engines, perceived quality and prices. Actually it is one of the new cars from the group that will help to ressist the challenging times generated by the diesel/emissions scandals. The Germans also revealed the second generation Audi Q5 and the new Porsche Panamera. However the big thing came from the “ID” electric vehicle concept shown by Volkswagen. This car anticipates the way Volkswagen Group conceives the EVs and its plans to “dominate” the EV global market by the year 2025. Their message was the massification of EVs and connectivity. 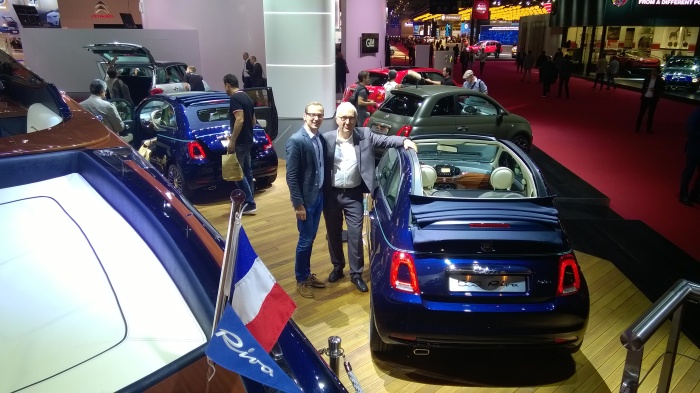 FCA’s designer Roberto Giolito and I at Fiat’s stand in Paris Motor Show 2016.

Renault-Nissan wants also to be one of the leaders in the EV market by 2025. They showed a more efficient Renault Zoe with higher range, and the TREZOR Sporty EV concept. Then there was the world premiere of the new Nissan Micra, which is finally based on the Renault Clio and features many connectivity items. PSA delighted us with its new SUVs Peugeot 3008 and 5008, and the new Citroen C3. Suzuki presented the new Ignis city-car; Mercedes showed its idea of premium EVs with the new subbrand EQ and its midsize SUV. This brand wants to lead the EV premium market by 2025. 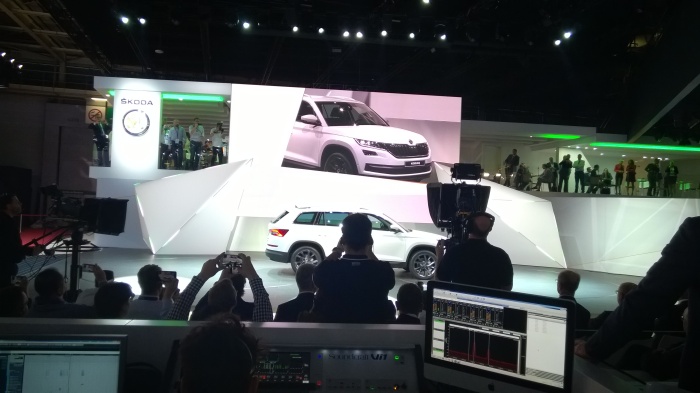 BMW presented the Concept X2, and Jaguar Land Rover introduced the all-new Discovery. GM focused on the EVs too with the long-range Opel Ampera-e and its 500km range. The Koreans showed the new Hyundai i30 and Kia Rio, both with new engines and interesting connectivity features. Honda introduced the new Civic, while Toyota anticipated Lexus’ future compact SUV. They all had news. But FCA? FCA did not show anything new at all. There was not even a press conference as the company did not have any all-new model. Fiat continued to show the Tipo family along with the 500 Riva. Jeep showed the same SUV range. Alfa Romeo added the Veloce trim to the beautiful Giulia; and Maserati had its 4 usual models.

What’s FCA proposal? where are they heading? what’s their goal? the 2018 targets communicated in May 2014 are far away from being achieved. Now the company faces thougher times not only in Brazil but also in USA. Europe is doing well but FCA is far away from the numbers of VW Group, Renault-Nissan and even PSA. Asia is only depending on the good commercial performance of two Jeep models (Cherokee and Renegade). Meanwhile it is not clear what the company will do once Jeep accelerated growth starts to slow down. What if Alfa Romeo does not take off? many questions, few answers and a lot of uncertainty about FCA’s future.