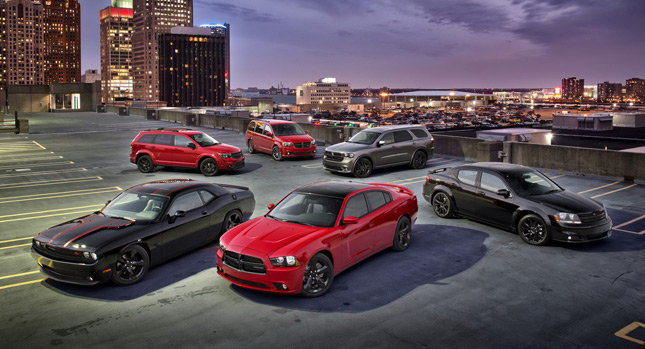 Just before 2012 Full Year analysis is presented, let’s check at Chrysler results in December 2012. The whole market is up 9% and Chrysler managed to rise its registrations 10.4% so its market share jumped from 11.1% in December 2011 to 11.24% last month. Chrysler’s share in December was the best of that month since 2007 (13.8% in Dec/07), but it was below the whole year’s share. Once again Chrysler rules in terms of growth, compared to its rivals from Detroit: Ford is up a tiny 1.6% and GM is up 4.8%. As usual Toyota occupied place #3 in Corporation’s ranking, up 13%. The best performance of the month comes from Honda, up 26% and only 20.000 behind Chrysler Group. VW has also a wonderful month, up a massive 31%. Only Nissan had negative growth: -1.6%. Chrysler’s results are mainly explained by two brands: Dodge and Ram. Both brands accounted for 54.7% of sales (a year earlier they accounted for 49.4%). In the other side there is Jeep, down 8.5%, which completes a third consecutive month of decrease (this time above 5%). Chrysler brand is up only 6.4% and Fiat, continues to impress with a wonderful growth of 59.4%. 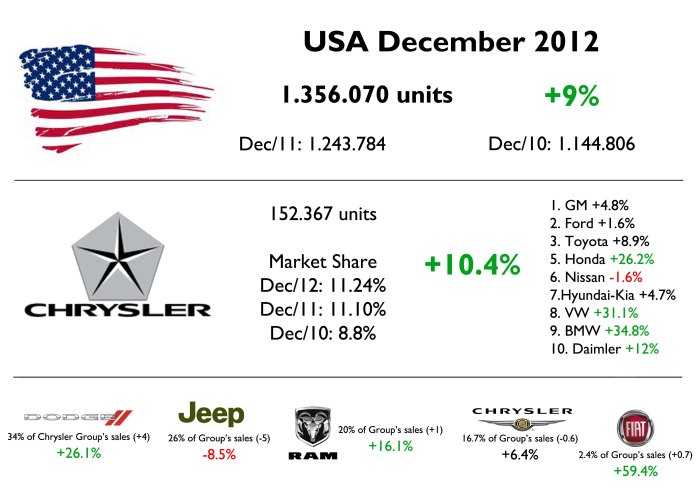 Chrysler’s market share is the highest since 2007 but stopped growing as fast as it was doing last year. Source: Good Car Bad Car

In terms of segments, almost 30% of Chrysler’s sales in December corresponded to SUV, followed by sedans (all type) with 25% of total sales. The come minivans (20.4%) and pickups (20%). A year earlier SUV counted for 35% and sedans 20%. The best performer of the month was the Dodge Journey, up 63% or 3.000 units more. But it was not the only Dodge product to grow. The Caravan, Dodge’s best-seller, is up 19% (while its twin from Chrysler is down 4%). All Dodge products had positive growth in December and the Dart accounted for 12% of brand’s sales. However that model should reach higher number in the coming months thanks to the introduction of more powerful engines. Opposite to what happened to Dodge, Jeep’s SUV had negative results. The Grand Cherokee (waiting for the facelift presented yesterday in Detroit) is down 1%, which could be somehow balanced by the tiny rise of Wrangler’s registrations. However the brand reduces its deliveries mainly because of Liberty’s drop, the biggest one among Chrysler Group models. Last year this model accounted for 14% of Jeep’s sales compared to 9% in December 2012. The Chrysler 300 is up a massive 40% which was enough to offset the fall of its brothers 200 and Town & Country, but not enough to rise the market share of the brand. The Fiat 500 is up again. However in 2013 it is expected this amazing growth rates to fall dramatically as the year-base comparison will be 2012, when Fiat’s reached its top.

Chrysler’s Top 5 Best-seller models. Once again the Ram had a better performance than its rivals. Source: Good Car Bad Car

The strong growth of sales registrations of the Dart compared to November figures are mainly explained by the fact that its results dropped in November. 6 thousand units is still a low number for this car and is far away from its rivals. The GT version (in photo), presented in Detroit, should help to increase its registrations. Source: Good Car Bad Car 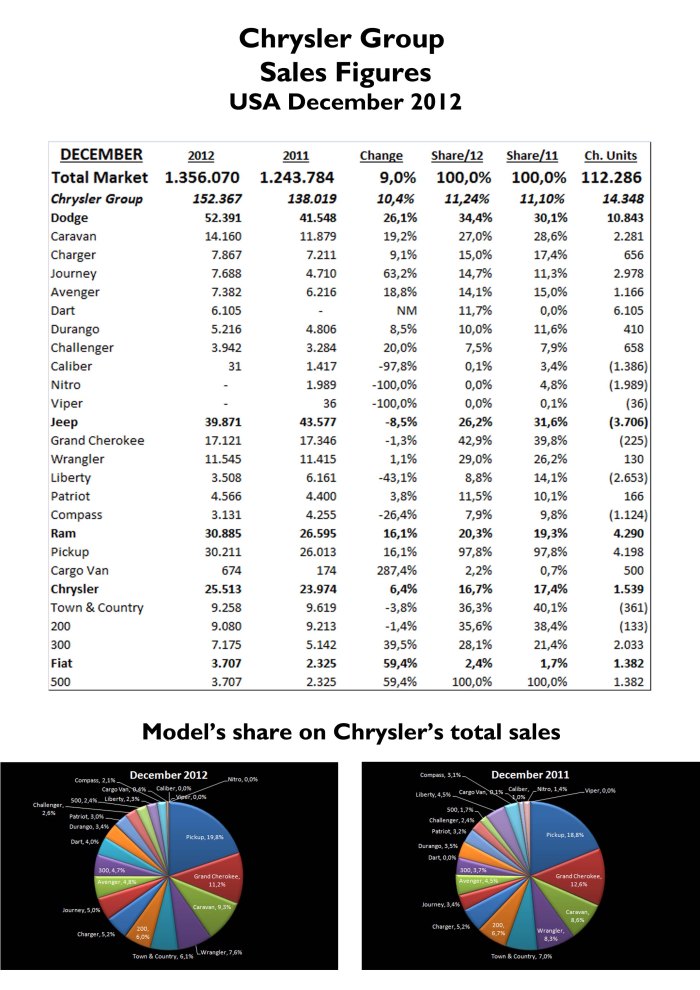 5 thoughts on “USA Dec/12: Chrysler Group is up thanks to Dodge products”