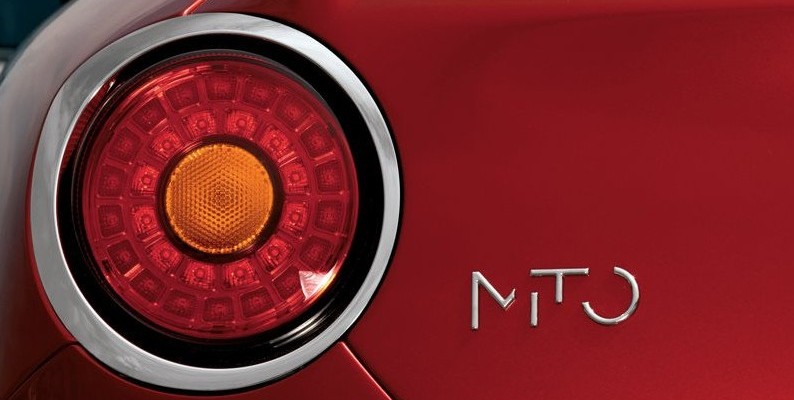 The small Alfa is going to be first Fiat-Chrysler model to be analyzed closely. It will part of several posts intended to show the models and have an outlook at their history and future. The MiTo is one of the only two current Alfa models and is the smallest Alfa Romeo ever. The car was officially presented in March 2008 after Geneva Motor Show and introduced in July, after some months of development and redesign by Centro Stile Alfa Romeo in Arese. Technically it is based on the third generation Fiat Punto, launched in 2005 and still on sale, but from the design point of view it is the first Alfa to follow the shapes of the famous 8C Competizione. They used the main design shapes of the super car to project a premium ‘B-Segment’ 3 door car as a response to the need of decreasing production costs for the Grande Punto and at the same fill Alfa’s portfolio with a lighter car. The result was the MiTo, called after Milan (in Italian, Milano) and Turin (Torino). 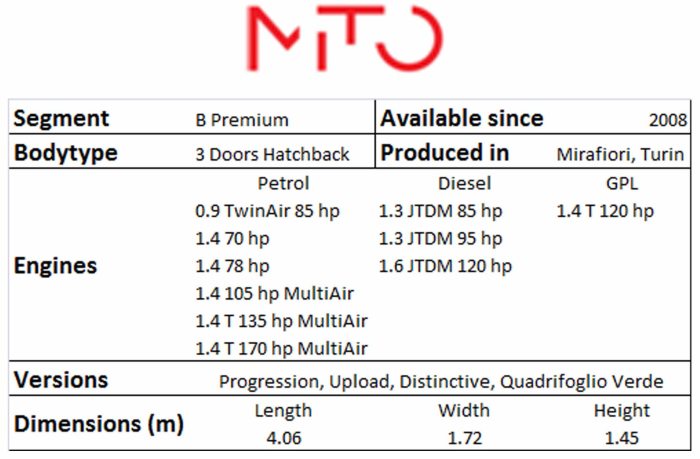 Since the beginning its shapes have been part of discussions everywhere it is presented, as the car has a very particular front, while its interior may not be the best of the segment. Anyway Alfa Romeo decided to introduced it as a direct rival to Mini Cooper, which was by that time the only premium ‘B-Segment’ car. After it came the Citroen DS3 and Audi A1. In the back it is also inspired in the 8C with circular stop lights using LED system. It is positioned in the premium segment because of its price, most of the times above volume models like the Punto, Clio and so on. In terms of design the MiTo is one of those cars that generate passion or the opposite, because the shapes are not common in a car of that segment. Some people hate the front of the car or the giant wheel arches, while others love the back of it. At the end is a matter of aesthetics in which the opinions will be all subjective. By the time of the presentation Alfa Romeo used the same colours it used for the official photos of the 8C: red Alfa and white in 4.06 meters long, 1.44 meters high and 1.72 meters wide, more or less the same length of current Punto (4,03 m). The fact that it is only offered in 3 doors hatchback body type was initially conceived to give it more sportiness, but it has severely affected its sales as premium ‘B-Segment’ consumers look not only for that but also more roominess.  4 years after the introduction of the model what really matters is the demand it has had, and according to initial sales target, the 3 door Alfa has not performed quite well its task.

The MiTo represents an important part of Alfa Romeo total sales and is not as dependant on Italian market as other models of the group. The best year was just after its introduction in 2009, before the financial crisis. By markets notice the bad penetration the car has in Germany, the largest market in Europe but the fifth largest for the Alfa. Source: http://www.carsitaly.net, bestsellingcarsblog.com

When it was launched the MiTo was going to become one of best-selling Alfas as the car was less expensive than its brothers and was the first reachable Alfa for many. Fiat wanted to sell around 70-80.000 units per year* but soon the reality was completely different. In 2008 they sold almost 14.000 units but in 2009, the first complete year for the model, 63.000 cars were delivered worldwide, not far from initial target, but it was by far the top sales volume achieved by the car. In 2010 the financial crisis hit European market and soon the MiTo, which did not show to be a success since the beginning, began its fall, Italy included. It could never beat the domination of Mini Cooper while the arrival of successful DS3 and A1 was too much for the Alfa to compete and gain market share even in Italy. The main problem that could explain the flop of the MiTo is the fact that is does not have more body type versions (Mini offer is composed by Cabrio, Coupe, Roadster; the DS3 is now offered with cabrio version also. And the A1 is offered in 3 and 5 doors versions), and the quality of the interior is not the best of the segment. Though it has a large range of engine options the lack of a super powerful one is also a problem for a car that wants to be a referent of sportiness and lightness. Alfa has made an important marketing campaign with some DJs and music events all over Europe.

The MiTo vs. competition. In Italy it is not the best-selling car of the premium ‘B-Segment’. Sales figures for the UK are until June/12. Compared to its rivals the MiTo occupies a good position in terms of performance and price. Source: http://www.bestsellincarsblog.com, UNRAE, Omniauto

As it was said before the front-wheel-drive Alfa has several engine options. In Italy the offer begins in a 0.9 TwinAir with 85 hp and goes up to 1.4 T with 170 hp, known as Quadrifoglio Verde. There are 4 different versions according to the accessories: the Progression, Upload, Distinctive and QV, with prices starting at €14.730. The MiTo is available in Europe, Japan, Australia, Mexico, Argentina, Chile and Colombia, but Italy is the largest one by far. But what is the future for this model? Alfa wanted to launch the 5 door version to gain more market share among premium ‘B’ but then came the crisis and Marchionne decided to cut investments in Europe, and therefore that kind of body type will only arrive when Fiat decides what to do with next generation of the Punto and MiTo (they share their platform). Nowadays Alfa Romeo is trying to push up the sales of this car with more and more limited editions such as the one they will present in the Mondiale de l’Automobile, in Paris next week. But it won’t be easy. The competition is getting tougher and the market is getting smaller, while Alfa Romeo keeps waiting for its second chance to survive with the arrival of more models to its range. Personally I think Alfa Romeo should first have a wide range of big models (Segments C, D, and E, besides more cabrios and coupes) before thinking of a compact car. The idea of the MiTo is reasonable from the point of view of sharing production costs with its cousin, the Punto. But if Alfa wants to become a referent of sportiness and luxury, certainly those values are more common in larger segments. Audi and BMW have their own B-Segment models, but they did it only after developing a big portfolio of large cars to tell the people that they really work on luxury and sportiness. With that brand awareness and positioning, they launched the small models, not before. 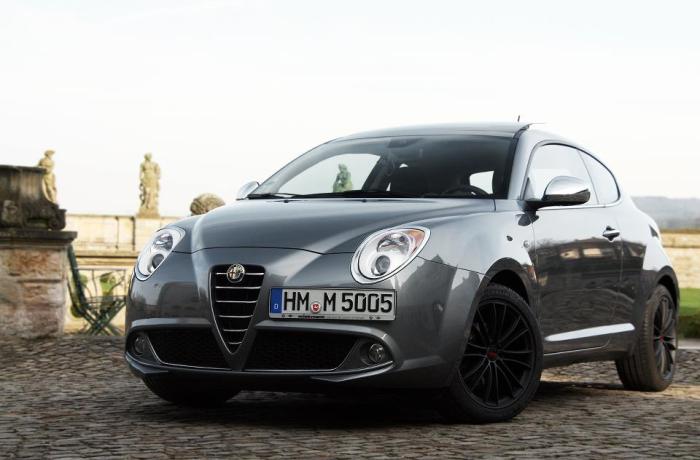 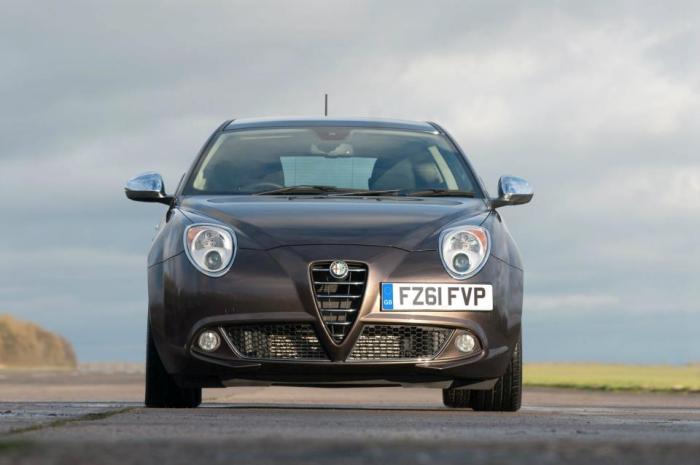 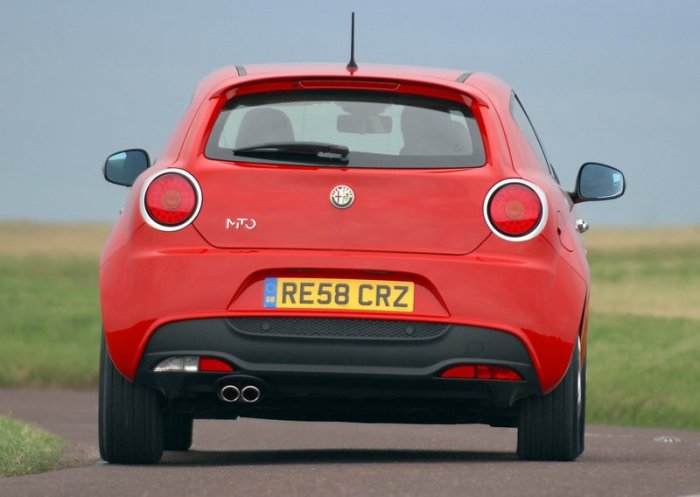 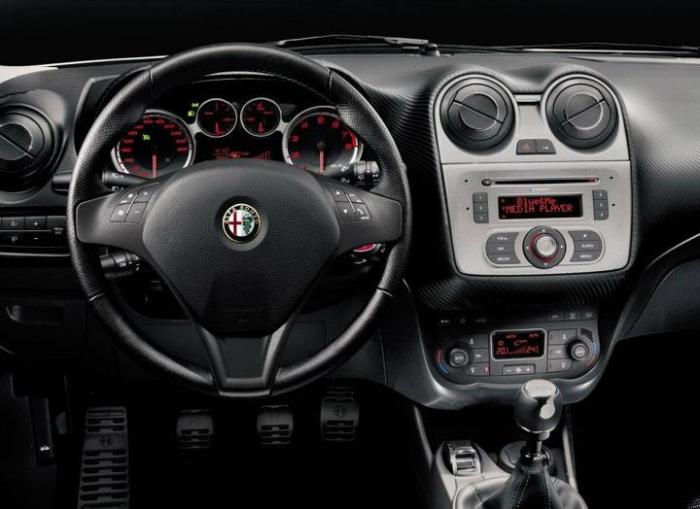 Here there are the links of some comparisons made by specialized press about the MiTo and its competitors:

And here it is the official brochure (ITALY):