As it shows the spot of Fiat 500 (made in Mexico) in the US, soon more Italian-made cars should arrive in American shores.

One of the possible solutions for current car industry crisis that Sergio Marchionne has proposed to Italian government is to enhance Italian cars exports outside Europe. In the last meeting they had, he asked for government help so Fiat could become more competitive to produce and export cars to the US market. This way, according to Marchionne, Fiat could save its factories in the country and at the same time increase production levels while saving Fiat from European mess. He thinks it is a good idea only if government helps Fiat with less taxes to exported cars and with more flexibility of labor market. Otherwise the group by itself would not be capable to produce the cars American would buy with the minimum quantities Fiat requires to maintain profits in all of its Italian factories. Currently they are all working under minimum profit levels, including Pomigliano, where the new Panda is produced. Mirafiori in Turin is really under pressure at it has stopped producing the Idea, while the Lancia Musa and Alfa Romeo MiTo, also produced over there, go down in top best-selling cars lists. Cassino, where the ‘C-Segment’ Bravo, Giulietta and Delta are made, the low production levels will soon have another reason to decrease it again: the Bravo will stop its production in the first half of 2013.

This figure shows the number of European cars (by country) sold in USA and Canada in the first 9 months of 2012. Germans clearly dominate European exports. Italy, with less than 4.000 units, is far away. Source: Good Car Bad Car, carsitaly.net

All that chaos can be somehow solved in the way all those factories increase production of cars. The problem is that nowadays it is impossible to do it if that production is exclusively focused on European demand. There is no such demand. It is why so many projects of future cars, like the next generation Punto, are frozen while the market shows some recovery signals. It is not easy to tell your dealerships to wait for months for new products when the demand is decreasing so quick, but Marchionne does not want to repeat the story of the new Panda, which might be the best Panda ever but does not have the same demand the second generation used to have. Fiat has already shut down one of its Italian factories last year, and recently PSA and Ford have announced they will do the same. But Italy is worried about its automotive industry and ask for solutions. One of Marchionne’s ideas is to export to the US market solving two problems: the overcapacity of its Italian plants and the over demand of American market. 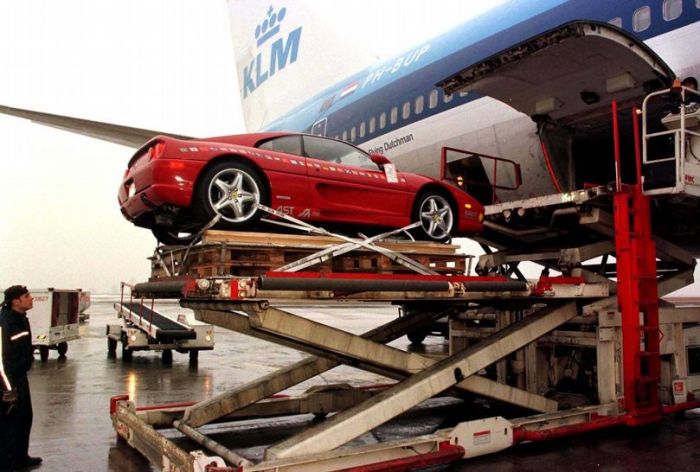 Most of Italian car exports correspond to Ferrari brand. USA is the largest market for this brand and also for Maserati

For that, Fiat-Chrysler must change several things of the production of cars in Italy. First of all, is the way labor unions work. It is not about them to become the new slaves of Europe but to change their conception of working in terms of productivity and results. It is not possible to continue going on strike when there is a football match. The levels of absenteeism must be reduced in order to get not only better cars but to generate a new work culture. This won’t be easy, as Italians have their working style and suddenly, just because of a new market, they would have to change it. Besides, Fiat guys must think of more global products with higher quality standard. It means to think of cars like the 500, but also larger cars to fit American buyers desires. In order to update its plants in Italy, Fiat should get some help from Italian government as it will invest some money to adapt its plants and at the same time generate jobs. But this help should not be money, but creating better scenarios for research and development, so this activity would be cheaper and more attractive for Fiat. All these changes must come from the commitment from Fiat, its employees and Italian government. It can’t be another ‘Fabbrica Italia‘ in which Fiat agreed to increase the production of cars in Italy, and then they moved the Panda production from Poland to Pomigliano, but at the end labor force continued to work exactly the same as before, going on strike often. 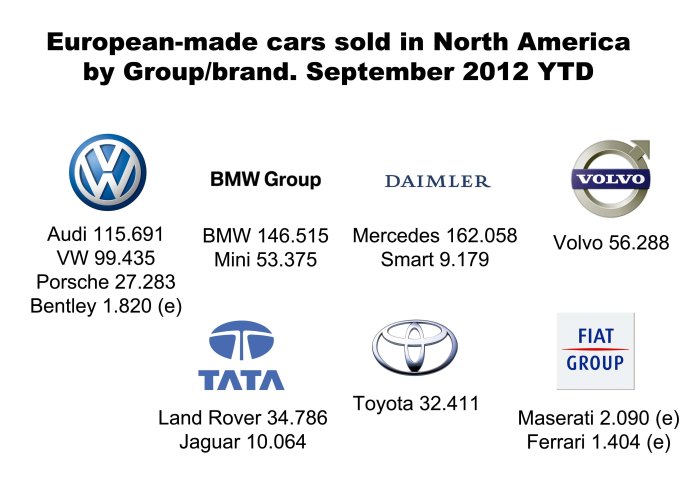 If things change for good, Fiat could begin producing and exporting several models that could have some relevance in American market. Starting from small SUV under Fiat and Jeep brands (to be built in Mirafiori), up to large sedans from Alfa Romeo (the Giulia and ‘E-Segment’) and Maserati (the Ghibli and Quattroporte). Alfa Romeo could also think of selling the Italian-made Giulietta in its 5 door hatchback version and maybe a Station Wagon. The next Delta could become a global product with Chrysler, so it could be produced in Cassino to be exported as a Chrysler in the States and Canada. Generally speaking, there is a vast range of brands and possible models that could be produced in Italy, with the unique Italian touch, and then be sold in USA, without competing with American plants and models, that should focused on larger American cars (Chrysler 300, Dodge Charger, Avenger) and big SUV (Jeep Grand Cherokee, Cherokee, Wrangler, or even the next Maserati Levante, based on the Kubang). As Germans do with their Porsche and some VW, Mercedes, BMW and Audi models, Italy could also make useful of its know how of making sporty cars to gain more market share in North America. Currently most of car exports from Europe to North America come from Germany, but Italy can do great things. We will see.

Sales figures for European-made models in USA and Canada. Ferrari, Bentley and Maserati numbers are estimated. Some Italian-made cars from Alfa Romeo, Chrysler and Jeep could find an interesting place in this list. Source: Good Car Bad Car

5 thoughts on “One more solution: Italian factories to export”